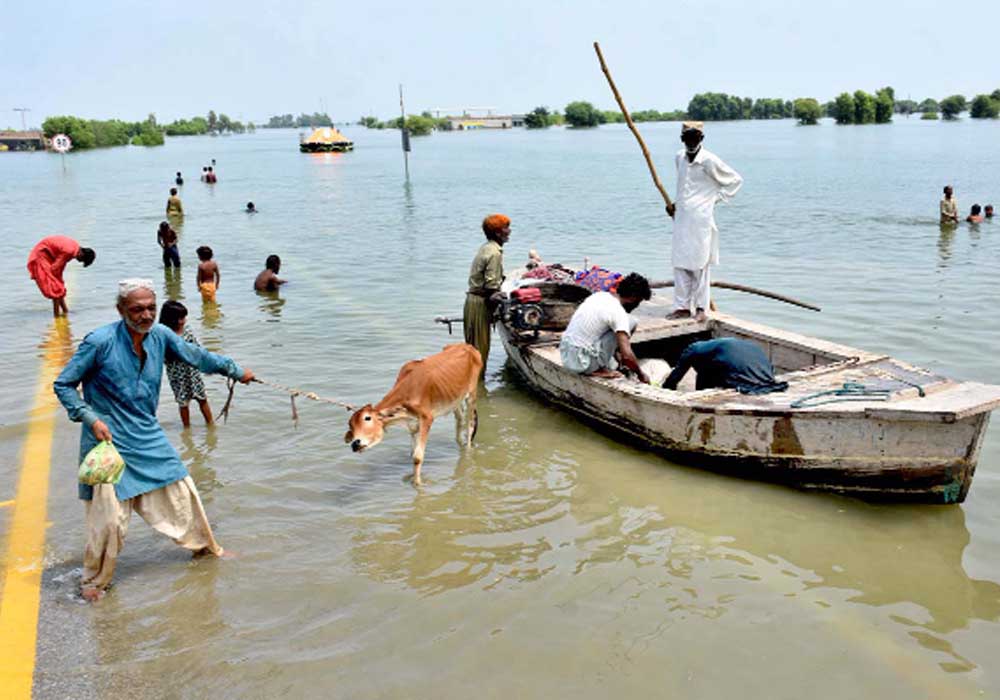 The Progressive Alliance, a conglomerate of left-wing parties, has accused the federal and provincial governments of turning a blind eye to the plight of millions hit by floods and rains.

Addressing a press conference on Monday at Karachi Press Club, the convener of the alliance, Imdad Qazi, and others said that the NDMA and PDMA broke all records of incompetence while the ruling elite was only busy making helicopter trips for the sake of photo sessions. The leaders of the alliance observed that after the terrible floods and rains the spectre of starvation and diseases is haunting millions of those affected as the rulers and opposition are busy settling their political scores.

They noted that advanced capitalist countries are responsible for the destruction caused by these catastrophic rains. “But those who encroached upon the natural waterways cannot be exempted from responsibility. If the natural ways of water have been cleared, the scale of devastation would not have been as high as it is today.”

The alliance demanded that the distribution of aid be overseen by a committee comprised of those who are more familiar with the affected population. “It is the responsibility of the state, not the NGOs and philanthropists to fund this activity; the state must provide the required resources. It is surprising that, in order to gather aid, government agencies, including Rangers, are collecting donations from people with the help of bogus aid agencies, which indicates that the state is bankrupt and is thus operating as if it was an NGO while having access to government resources and foreign aid that it has received from all over the world.”

The alliance proposed that help efforts be initiated as quickly as possible on an emergency basis by organising committees of affected villages and cities to ensure the distribution of aid is transparent. The PA demanded the occupied lands on natural/historical rain and flood routes on the maps must be cleared promptly, and the water must be allowed a passage to reach the ocean, the obstructions on the paths that take LBOD and RBOD to the ocean should be eliminated and dredged while educational activities should be resumed by constructing a tent city or tent village for sufferers in neighbouring cities, particularly those who have reached Karachi.

It further demanded that the distribution of rations should be made to the affected and they should be provided with clean drinking water. The PA underscored the need to impose a medical emergency. It called upon the government to provide mosquito netting, compensate the deceased’s families with one million rupees each, provide for the treatment of the wounded and compensate for the losses of people.