Hassan Nisar had said country needed 15 years of dictatorship, those who mention democracy be shot 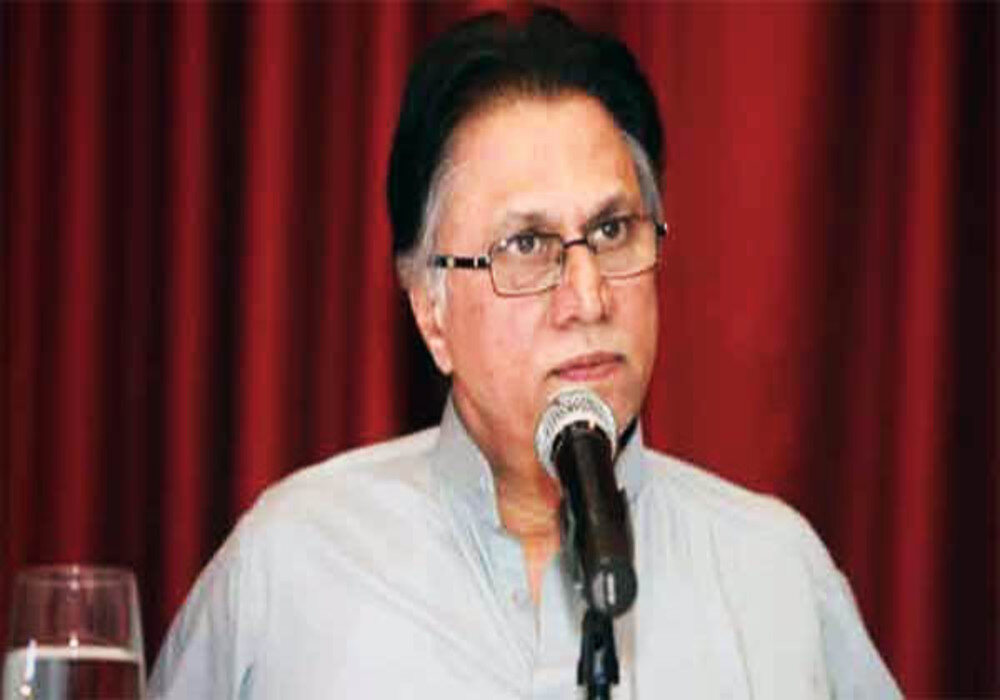 Recent comments made by journalist Hassan Nisar have sparked anger over social media with many demanding he be taken off air and banned.

In a recent television talk show, Nisar said that the country needed 15 years of dictatorial and fascist rule instead of democracy.

He went on to say that anyone who dared to mention democracy must be put in front of a firing squad and their family must be made to pay for the bullets.

Pakistan needs uninterrupted 15 years of fascism, anyone mentioning democracy should be dealt by a firing squad and his family should pay for the bullets fired on him, it’s our moral job to try & give Imran Khan 15 years uninterrupted: Hassan Nisar pic.twitter.com/pYjyz4tXEQ

Many across Twitter took to the platform to voice their concern over Nisar’s statements. Khyber Pakhtunkhwa Member of Provincial Assembly Samar Haroon Bilour said that it was people like Hassan Nisar who claim to know everything, which has led to things being where they were.

Journalist Maria Amir said that it was good that Nisar had openly expressed his views and outed himself as a fascist.

Another journalist Bilal Farooqi said that he had lost all respect he had for Nisar and was disappointed to see what he had become.

Activist Nida Kirmani also voiced her concern, saying that it was ironic that the journalist called for execution of people supporting democracy and it was deemed acceptable, but people who actually point out human rights issues were locked up.

Hassan Nisar calls for people who support democracy to be placed in front of a firing squad & for their loved ones to pay for the bullets, & that is perfectly ok. Meanwhile, Ali Wazir was critical of the state's policies in one of his speeches & has been in jail for over a year.

Another activist Ammar Ali Jan pointed out that people like Hassan Nisar present dictatorship as something that had not been tested before and held all solutions to Pakistan’s problems. He said Nisar demanded more violence.

Its incredible how people like Hassan Nisar present dictatorship as an idea that has not been tested in Pakistan. Demanding more cruelty and violence from an already cruel and violent state is sheer madness. Unfortunately, madness sells in the land of the pure.

Another journalist Hasan Zaydi said that he was surprised that Nisar had not been put off air as he would have been in other countries.

Researcher Harris Zahoor Gondal elaborated that Nisar catered to a superiority complex among the general public. He said the journalist had no substance and should not have been taken seriously in the first place.

hassan nisar has built his career in the media by constantly undermining the political consciousness of general public. his fans think he's right. they also think what he says doesn't apply to them; that they are the chosen few left with the 'right' kind of political wisdom among