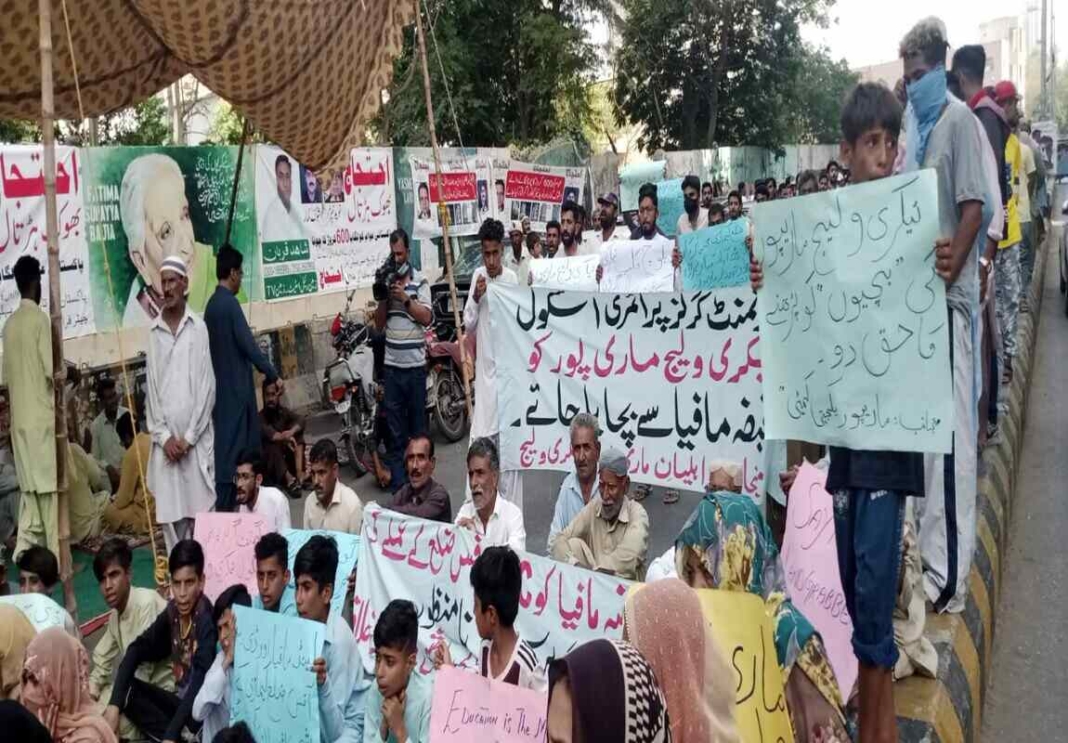 People from all walks of life, including lawyers, social and political figures, students, and human rights activists participated in large numbers in the demonstration. The leaders of the demonstration said that the primary school was the only school in the village which was established in 1996. The school was built so that the girls of the town could get an education, they said, adding that it was closed sometime back.

They claimed that after the school was shut down, drug addicts took control of it, and later it grabbed the attention of the land mafia which has now seized the school. They further said that they had sent applications to various departments for making the school functional but all in vain. The protest leaders alleged that several people “belonging to the land mafia and government” have been active in taking the school’s land under their direct control. Mukhtyar from Kiamari, Sabir Mirwani and Assistant Commissioner Muaripur Basharat Hussain have seized the school land, the protesters claimed. They accused the authorities of giving the land mafia a false map of the land after taking a bribe.