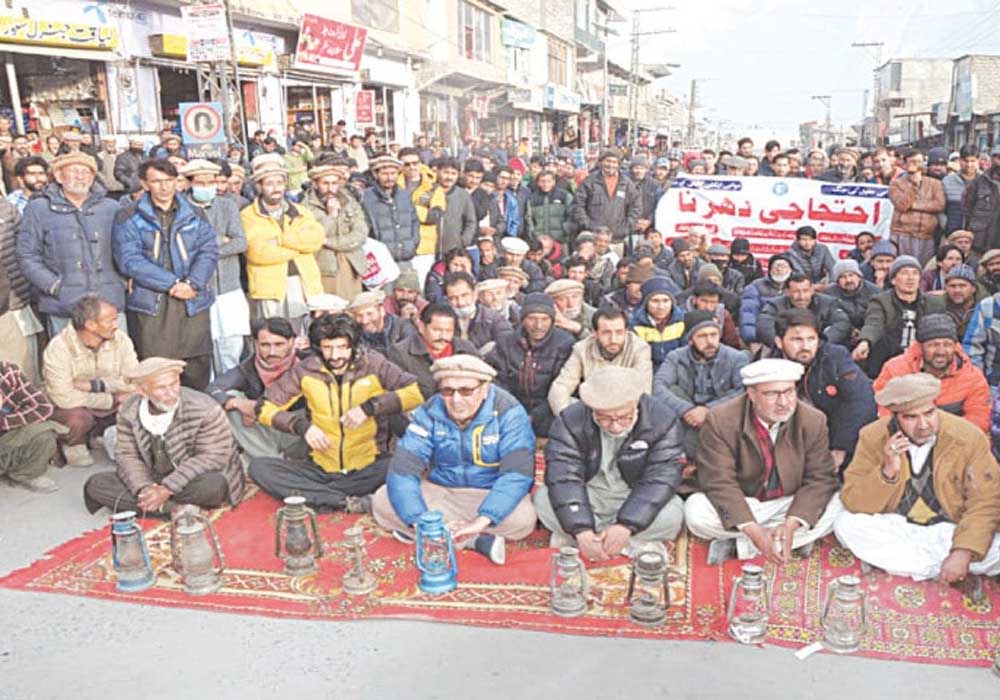 Skardu residents flocked to the streets to express their rage over the protracted power outages and wheat shortage in the Gilgit-Baltistan area on Monday.

The demonstrators set up a sit-in while carrying lanterns and yelling anti-government chants at the town’s Hussaini Chowk.

In response to a summons from the Baltistan Awami Action Committee, numerous political and social activists took part in the sit-in.

A committee spokesperson claimed that Skardu was experiencing power disruptions that may last up to 22 hours while it remained below zero outside.

The demonstrators criticized the Gilgit-Baltistan government for their “indifference to our suffering.”

The wheat shortage is another issue that the population is dealing with. According to President of the Anjuman Tajran-i-Skardu Ghulam Hussain Athar and Head of the Awami Action Committee Najaf Ali, subsidized flour had almost completely disappeared from the market as a result of the federal government’s reduction in supplies to the area.

“They bemoaned the fact that elected officials ignored basic concerns and that the majority of them avoided the public whenever the populace experienced difficulty.”

Najaf Ali remarked, “Instead of resolving people’s issues, they have flown to Islamabad to avoid public fury.”

The Awami Action Committee plans to convene a conference of significant parties in Gilgit-Baltistan to come up with a strategy to lessen the suffering of the people.

The demonstrators gave the administration 10 days to respond to their demands or they would consider stepping up their campaign.