Protest rallies held across Swat against recent wave of militancy 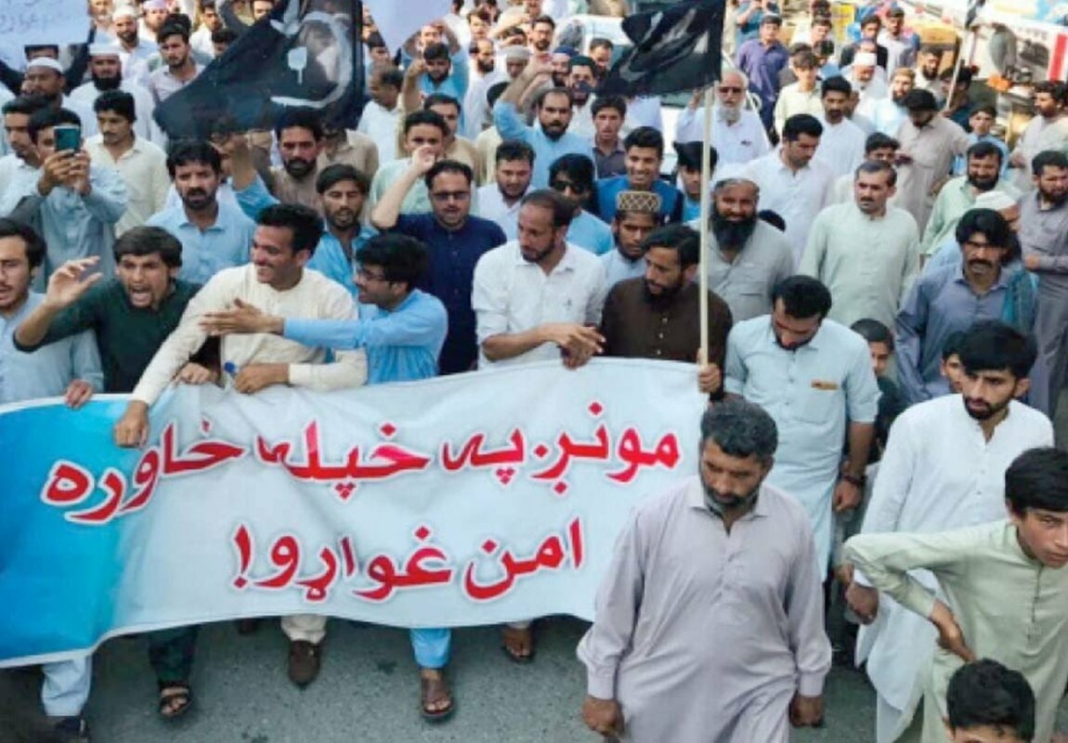 A large group of people on Friday took to the streets across Swat to protest against the presence of militants in mountains bordering the area, asserting that they will never allow any element to sabotage the “hard-earned peace” in the region.

The protests, titled ‘We want peace in Swat’ and ‘No to terrorism, were held near the Matta Chowk in Khwazakhela tehsil and Kabal Chowk in Kabal tehsil. Thousands of protesters held banners against terrorism and for peace at the central squares of both the tehsils. On this occasion, the protesters also shouted slogans like “We want peace in Swat and Khyber
Pakhtunkhwa”.

A large number of civil society members and ordinary citizens participated in the
protests. The demonstrators were seen holding white and black flags as they walked through the markets of the districts.

Addressing the protesters, civil society activists Dr Amjad Ali, Advocate Ali Namdar and others said that the people could not afford more terrorism in Swat valley. “The people of Swat have stood up against terrorists and are ready to render all kinds of sacrifices for the establishment of lasting peace,” they added.

“We are peaceful people and we want durable peace at any cost. These elements must know that we have earned peace after extending unlimited sacrifices and we will not allow anyone to sabotage it,” Dr. Amjad Ali said while addressing the participants of a rally. He continued that the residents of the region had earned peace over the years and were not ready to be “disgraced, displaced, or killed”.

Fazal Khaliq, a protester, said that the government and other institutions should play their role to maintain the restored peace in Swat. “Swat is a tourist area and we don’t want any unrest here,” he said. “Institutions and government representatives should remove our concerns. Why and how did armed people arrive here? We can no longer hold our own funerals,” he added.

Ahmad Khan, another protester, said that after thousands of sacrifices peace had been established, and we can make more sacrifices to maintain it, but we will not allow terrorism to gain a foothold in Swat again.

It may be mentioned here that last week, a video surfaced on social media showing a man claiming to be a member of the TTP interrogating an army major whose hands had evidently been tied behind his back, and asserting that the militants had taken him and two others — a deputy superintendent of police (DSP) and a soldier — hostage. A jirga later successfully negotiated the release of the captives.

On August 8, it was reported that four policemen, including a DSP, were injured in a clash between police and suspected militants at the mountainous border of Swat and Dir districts. While Swat’s district police officer said only one policeman was injured and the militants suffered heavy casualties, unofficial sources said four policemen were hurt.