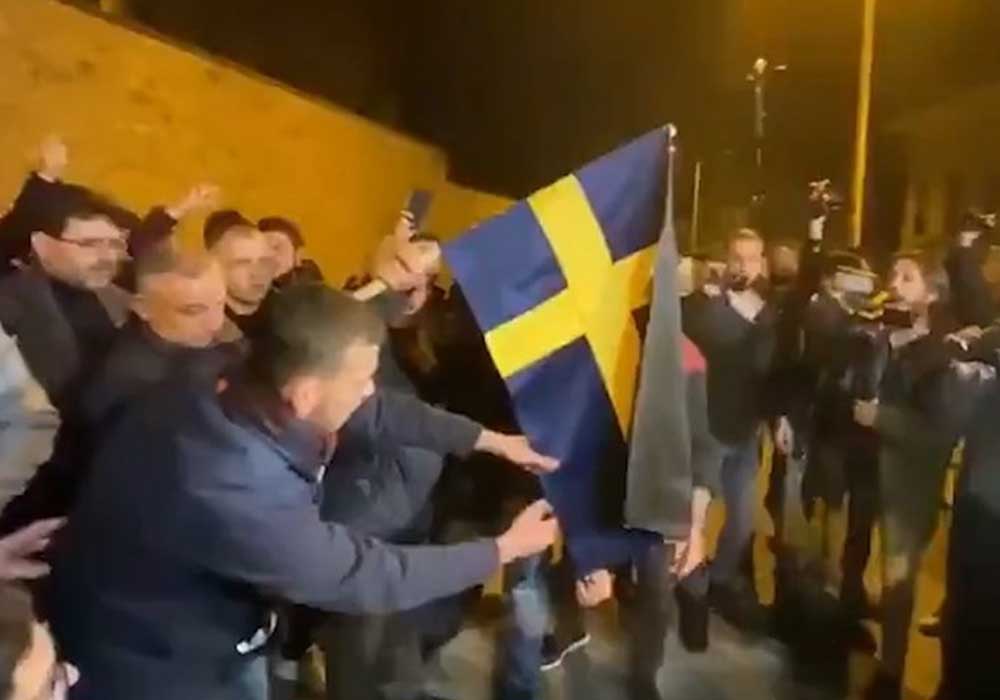 Hundreds of protesters have gathered outside the Swedish Consulate in Istanbul and protested against the heinous act of desecrating the Holy Quran in Sweden.

During this time, the Swedish flag was also burnt by the protesters, the video of which is viral on social media.

Protests and demonstrations were going on in other Islamic countries as well including Pakistan, against the desecration of the Holy Quran in Sweden.

On the other hand, the Organization of Islamic Cooperation (OIC) also condemned the desecration of the Holy Quran in Sweden and called on the Swedish authorities to take action against those responsible.