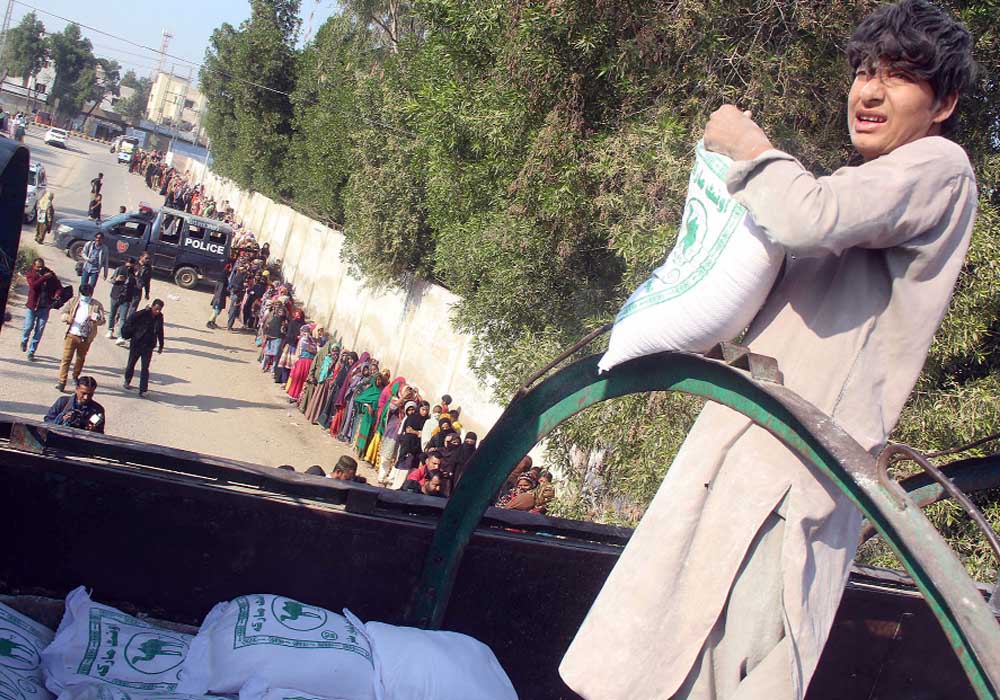 The people having found no respite from the rising prices of flour and other essential commodities again on Tuesday came out on the roads to register their protests against the indifferent attitude of the authorities towards their plight.

The people staged protest demonstrations in various towns of Sukkur, Larkana,  Badin, Tharparkar, Matari, Mirpur Khas, Jacobabad, Khairpur, Thatta, Sujawal, Tando Mohammad Khan  other districts to register their anger and indignation over the rising prices of flour and other commitments and life-saving drugs. The women also came on the roads in many towns of the province to register their protest against the rise in the prices of flour and the alleged utter failure of the rulers to provide them the staple foods to them at the subsided rate. 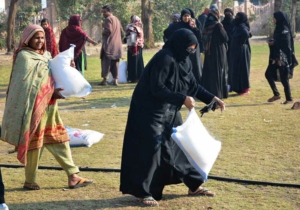 The leaders of the protesters talking to the media persons deplored the fact they were being forced to buy flour at Rs150 to Rs170 per 1 kg and authorities were nowhere to be found to take actions against the profiteers who were charging the exorbitant rates. They also strongly rejected the claims of the officials of the Sindh government that people of all districts were being provided with flour at the at subsided rate adding they termed the claims as a sheer mockery with the flood-victims of the province. They said that those running after the trucks loaded with bags of wheat flour, bent by the officials of Sindh Food Department were being humiliated by those who were supposed to provide flour at the subsided rate. They also expressed their anger and grief over the death of a peasant in Mirpurkhas, who was killed during a stampede during his desperate attempt to buy the flour at the subsided rate. The leaders maintained that rulers were not interested to mitigate their unending misiries. “The people of Sindh have been denied of all basic amenities of life including staple foods , medicines and safe drinking water at the time when they were yet to be rehabilitated in their damaged and devastated villages and localities” they added.