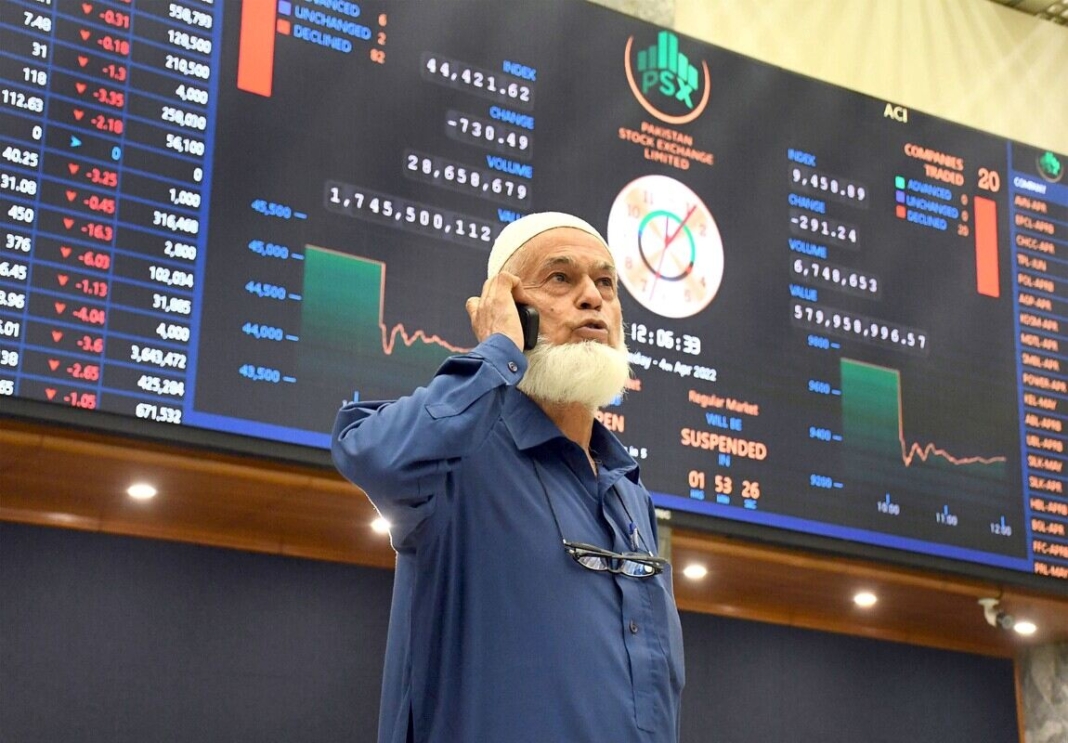 The KSE-100 index of the Pakistan Stock Exchange (PSX) has fallen by more than 800 points or about two percent on Monday.

The State Bank of Pakistan’s (SBP) announcement of an increase in the policy rate by 100 basis points has been attributed to the plunge of PSX’s benchmark.

Raza Jafri, Head of Research at International Securities has said that the increased interest rate has caused the opening of the PSX as sharply negative. He further added that the uncertainty continued on the political front as well after PTI Chairman Imran Khan’s announcement of the dissolution of assemblies.

He also said that Pakistan’s intent of repaying the Sukuk in the next few days could help as a positive factor.

Economists have also said that investors should adopt the strategy of buying the dip due to decreasing oil prices in the international market. The term buying the dip is used to purchase an asset after it drops in price.

According to experts because of expected inflows, and political settling they were hopeful of a suitable outcome in the coming days.

SBP had increased the interest rate by 100 basis points to 16 percent which is a 24-year high.