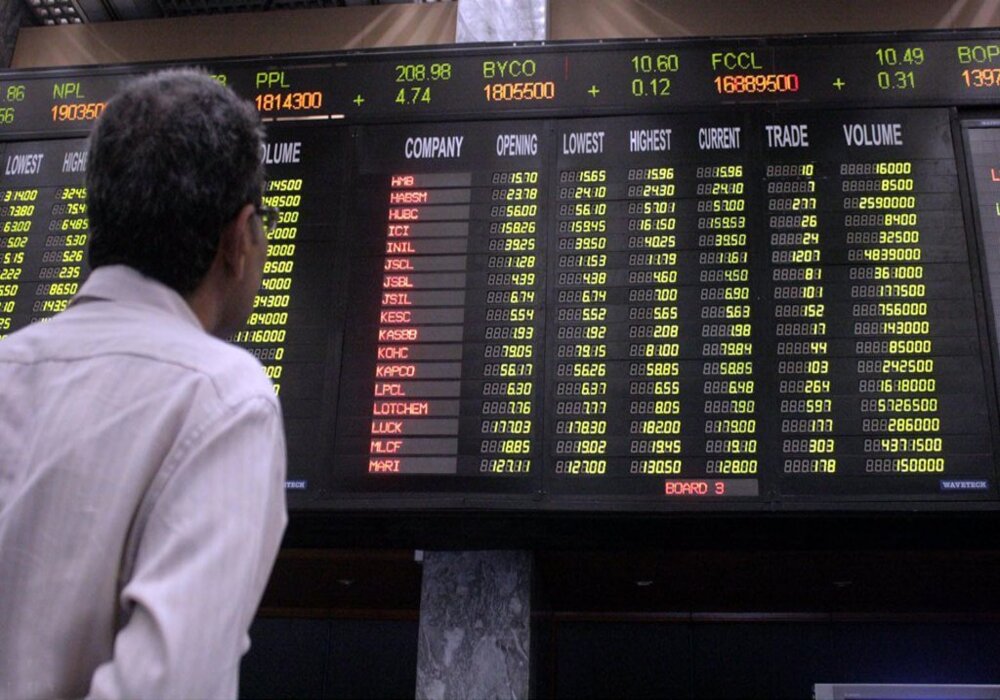 The Pakistan Stock Exchange (PSX) snapped the losing streak, albeit with a thin margin, on Tuesday amid return of volumes in a volatile session, with the benchmark KSE-100 Index gaining 53.73 points (+0.12 percent) to close at 43,883.08 points.

The market opened on a slightly positive note that was followed by a selling spree, which continued for the next four hours. At one point, the market shed almost 680 points. However, the market recovered the losses in the last couple of hours and managed to close in positive.

Among scrips, WTL led the table with 51.14 million shares, followed by TELE (27.58 million) and TREET (21.78 million). Stocks that contributed significantly to the volumes include WTL, TELE, TREET, UNITY and BOP, which formed over 33 percent of total volumes. The sectors propping up the index were commercial banks with 215 points, cement with 60 points, engineering with 12 points, oil & gas marketing companies with 8 points and pharmaceuticals with 7 points. The most points added to the index were by HBL which contributed 76 points followed by UBL with 31 points, ABL with 22 points, BAHL with 18 points and BOP with 15 points.

According to experts, the capital market endured a volatile session, with bears continuing to dominate across the board amid a lack of positive triggers which forced the index to lose more than 600 points. They said the no-confidence motion against Balochistan Chief Minister Jam Kamal, submitted by 14 members of the Balochistan Assembly a day earlier, also dented investors’ sentiments. However, on the back of increased market participation in the later hours, the KSE-100 index managed to close in a green zone.