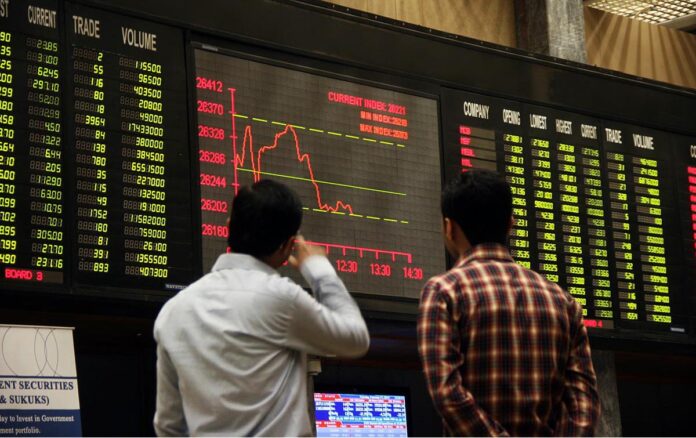 The Pakistan Stock Exchange (PSX) remained in tight grip of bulls for the sixth straight session on Tuesday, with the benchmark KSE-100 Index gaining 503.95 points (+1.12 percent) to close at 45,390.84 points.

The market opened on a positive note and remained positive throughout the session. The benchmark index crossed the 45,000 psychological mark at the opening and later consolidated gains. One of the main reasons behind this bullishness is return of foreign investment, as foreign investors remained net buyers of $5.41 million worth of shares. The foreign buying remained $11.78 million and gross selling remained $6.37 million.

Among scrips, UNITYR3 topped the volumes with 25.72 million shares, followed by TRG (23.02 million) and WTL (22.06 million). Stocks that contributed significantly to the volumes included UNITYR3, TRG, WTL, TELE, and FNEL, which formed over 29 percent of total volumes.

The major sectors taking the index towards north were technology & communication with 112 points, cement with 72 points, oil & gas exploration companies with 59 points, power generation & distribution with 42 points, and pharmaceuticals with 36 points. The most points added to the index were by TRG which contributed 57 points followed by SYS with 40 points, LUCK with 33 points, HUBC with 31 points, and UNITY with 24 points.

The major sectors taking the index toward south were fertilizer with 2 points and real estate investment trust with one point. The most points taken off the index were by ENGRO which stripped the index of 8 points followed by KTML with 6 points, UBL with 6 points, ILP with 5 points and BAFL with 4 points.

According to experts, technology, refinery and cement sectors led the rally during the session. They said that the market seems positive in the near-term. They said that the revival of the IMF programme may push the market further up in the coming days, as the executive board of the global lender will take up Pakistan’s case on January 12.