Protest will be led by local leadership for 3 weeks, Imran Khan will join later, Fawad Chaudhry 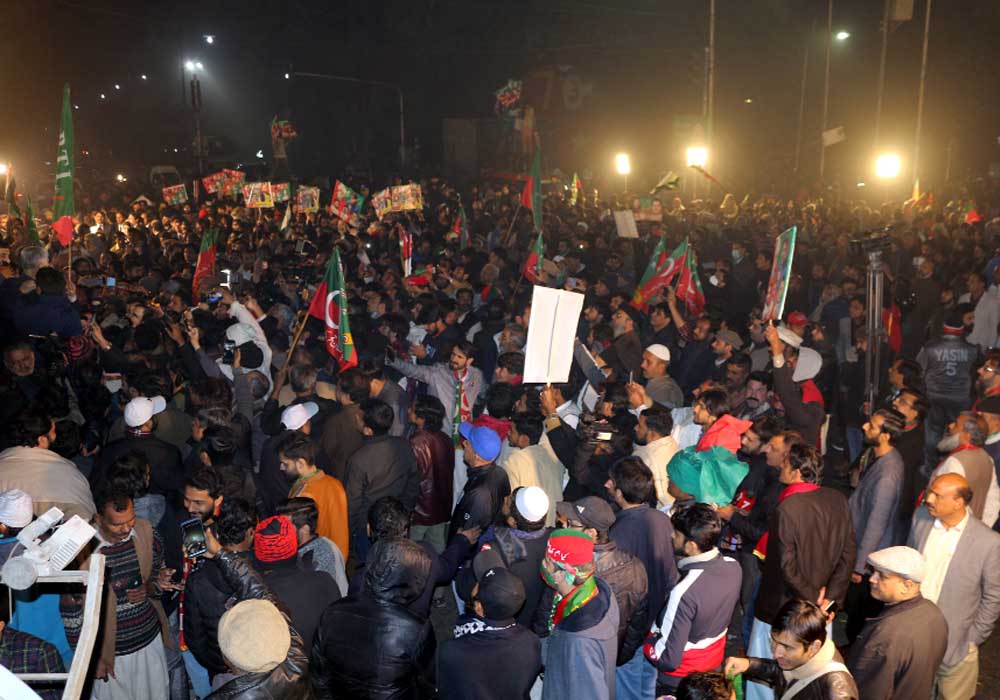 Pakistan Tehreek-e-Insaf (PTI) has announced to launch of a nationwide protest movement from tomorrow against inflation and economic slowdown.

In this regard, PTI leader Fawad Chaudhry has said that the protest will be led by the local leadership for three weeks after which they will be joined by Chairman Imran Khan later. He said that there will be protests across the country from tomorrow.

Talking to the media in Lahore Fawad Chaudhry said that there was no electricity, shortage of gas, oil was becoming expensive and the prices of essential commodities had skyrocketed.

He said that their movement will consist of different phases and in the first phase protest rallies will be taken out in the constituencies for three weeks under the leadership of MNAs and MPAs and then they will announce their next course of action.

Fawad Chaudhry said that it was the constitutional right of PTI to form the government of Punjab and dissolve the Assembly. He said that it was good to refrain from the conspiracy being hatched with regard to Punjab at this time and that the Punjab Assembly will be dissolved after taking the vote of confidence.

PTI leader said that horse-trading was done in Punjab in which Asif Zardari, Nasir Hussain Shah and Sharjeel Memon were involved. He said that their members were also being offered to be sent to Umrah and some to London with money but so far PTI’s members stood with the party.