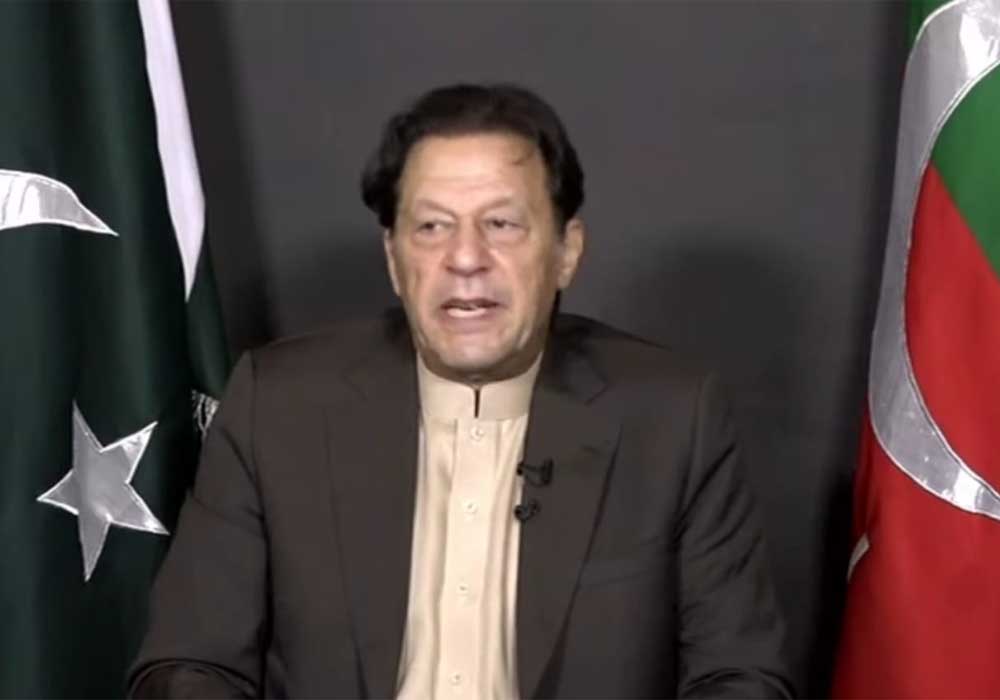 Former prime minister Imran Khan warned everyone of the current economic situation and said that if we fail to raise our voice as a nation it will be a disaster for us.

Imran Khan while addressing the media on Sunday said that the “imported government” is not worried about the current situation, their wealth and properties worth billions are abroad.”

“Finance Minister Ishaq Dar served as the Sharif family’s frontman when laundering money and he made a statement In front of the magistrate. He accepted misusing taxpayer money”

He added, “I haven’t seen any change, but we should give time,” when discussing the new military setup. We have heard positive things about the incoming army leader, therefore we are hoping for wiser choices.

Khan said that PTI had a significant current account deficit of $20 billion in 2018.

He stated that GDP grew by 5.7 percent in 2021 and it was 6.0 in 2022 despite COVID-19 which affected every country. These statistics are disclosed in a government-conducted economic survey.

In contrast to PTI, PMLN did not begin any dam-building projects, he added. International experts praised the health care program that we initiated to provide the general public with health insurance.

“Vote of no confidence has resulted in higher inflation overall, higher dollar costs, and slower growth for the huge manufacturing sector.”

Imran Khan criticized the media for remaining silent on the issue of inflation, claiming that under the PTI administration, media networks used to broadcast shows on inflation daily.

“Media is more concerned with my watch, it’s my watch, and I sell it or do anything,” he said.

The PTI Chairman asserted that the power structure and ECP support were biased. He stated that the administration has the support of the establishment, which is a clear indication of who is ‘selected’.

“Pakistan can only become more stable with elections. Everyone is returning with a clean record After NRO-2.”

Additionally, Imran Khan expressed his disapproval of the government’s actions against Senator Azam Swati. He claimed that he was stripped down and violently abused.