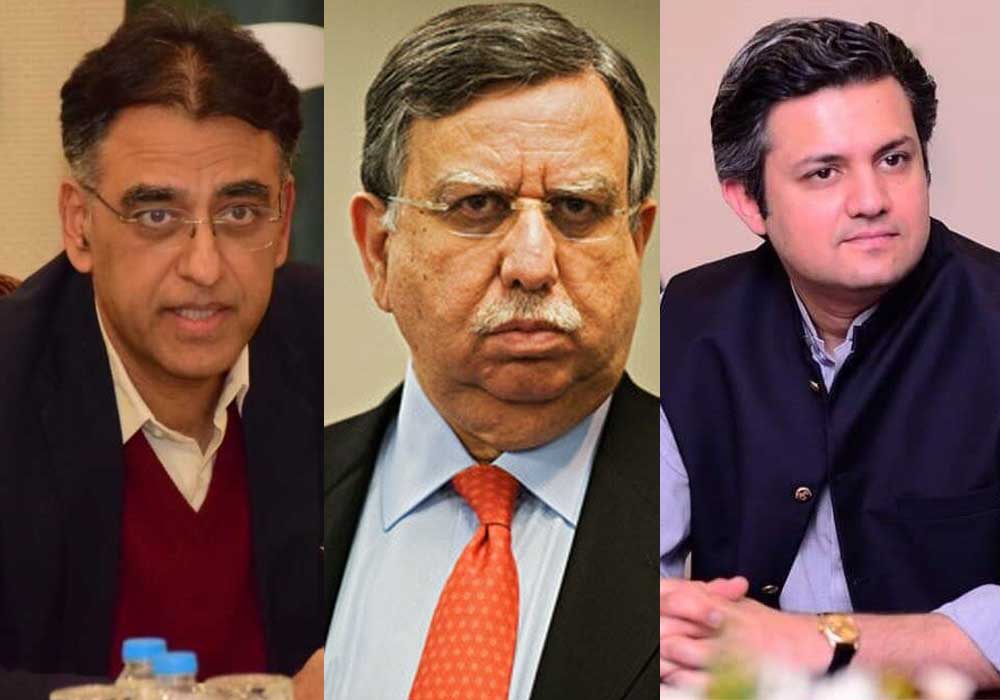 Leaders of the Pakistan Tehreek-e-Insaf (PTI) have criticized the federal government for imposition of a super-tax on large scale industries.

In a press conference on Friday, Asad Umar has said that the real budget was presented by the government today, adding that the government let 14 days, mandatory for senate approval, pass and had now announced billions of imposed taxes.

The PTI general secretary termed the super-tax a huge blow to the growing industries and said its imposition would further “rattle” the Pakistani economy, causing increased inflation and unemployment.

He added that these measures by the government would increase imports and cause a decrease in the country’s exports, resulting in increased current account deficit.

Asad Umar said that the super-tax was an attack on sectors of potential growth and resultantly the stock market had lost more than 2,000 points.

He mocked the prime ministers’ statement about the IMF deal in which Shehbaz had said that the deal would be finalized if the fund did not impose any new conditions.

Meanwhile, in a tweet today, PTI leader and former finance minister Senator Shoukat Tarin criticized the policies of the government and said that the market did not have any belief in the financial policies of the Pakistan Muslim League-Nawaz-led coalition government.

Former federal minister Hammad Azhar also raised concerns in a tweet over the new taxes, by saying that the super-tax meant that the already taxed had been taxed even more. He said that this would further squeeze the country’s formal economy.

Hammad Azhar said that increased fuel and electricity prices had already increased troubles of the industry and the super-tax, after passing through the industry’s balance sheets, would be passed to the people of Pakistan eventually.

Former information minister Fawad Chaudhry also gave his reaction to the new taxes. He said that one could see the level of distrust in the government from the way the stock market crashed right after speeches of the prime minister and finance minister.