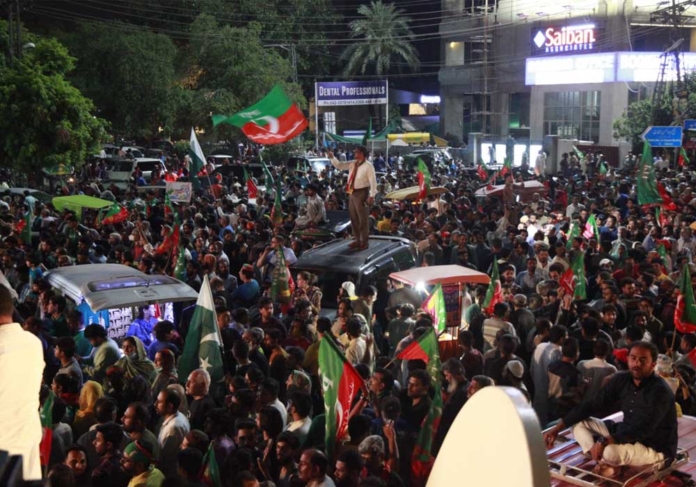 The district administration of Islamabad and Pakistan Tehreek-i-Insaf (PTI) have reached an agreement over holding a rally at Parade Ground, ARY News reported on Thursday.

The district administration has taken assurance from the PTI over the code of conduct during its upcoming power show in Islamabad. The PTI had announced to hold an anti-inflation rally at Islamabad’s Parade Ground on July 2.

PTI leader Ali Nawaz Awan submitted the affidavit to the deputy commissioner (DC) on Thursday in which the political party assured the administration that Islamabad Expressway will not be closed and neither the participants will enter Red Zone nor damage any government asset.

According to media reports, the PTI rally’s participants will vacate the Parade Ground at 12:00 midnight, and the organisers will be held responsible for any code violation. Sources added that a formal agreement is likely to be signed between PTI and the district administration soon.

In a public message, Asad Umar asked the people of Islamabad and Rawalpindi to gather at Parade Ground in large numbers to give a message to the present rulers along with Imran Khan. Asad Umar added, “Thieves are given relief, and the nation is suffering while the imported government manages to end Rs1,100 billion [corruption] cases. Those who want to raise voices against the atrocities should reach Parade Ground.” Earlier in the day, the Islamabad High Court (IHC) served notices to respondents in PTI’s plea seeking permission to hold a protest at Parade Ground Islamabad on July 2.