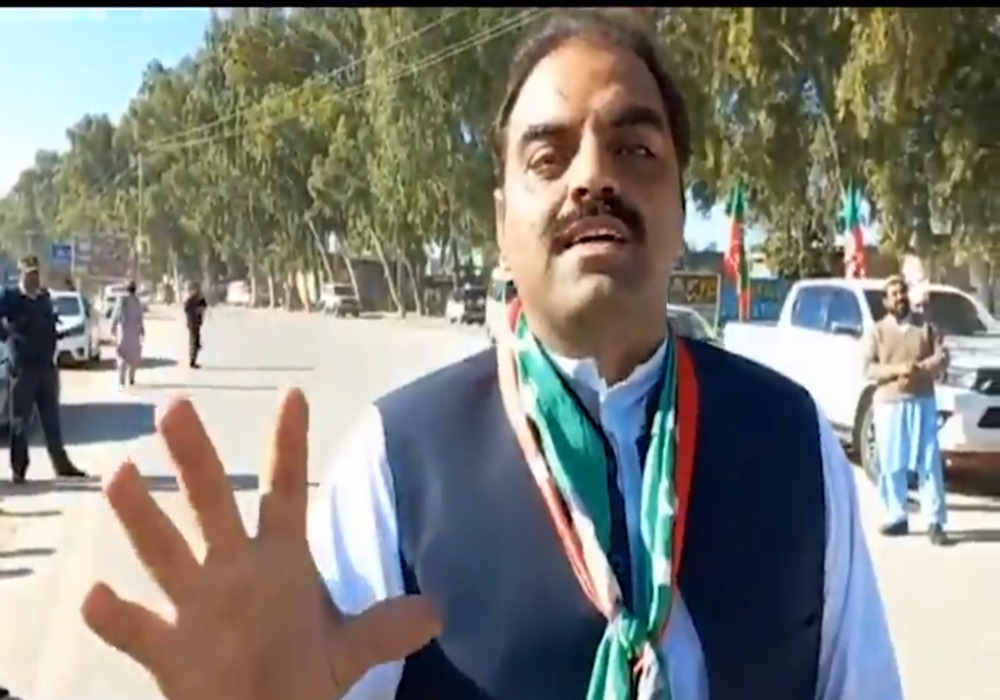 Pakistan Tehreek-e-Insaf’s (PTI) leader got enraged by the journalist’s question and started abusing him in Hangu on Saturday.

The journalist of a private TV channel asked PTI’s local Chairman Gulbagh Muhammad Arif Orakzai if they were failing. He asked how many workers were with him as the number of vehicles was more and the number of workers was less.

Instead of answering the question, the PTI’s local chairman started beating the journalist after which the people present there saved the journalist.

In a video that has gone viral on social media PTI leader Arif could be seen kicking the journalist on the question after the question was asked.

The victim journalist has said that PTI MNA Nadeem Khayal was asked about the less number of workers after that Arif kicked him and broke his mobile. He said that he was abused in front of the MNA and has given an application to lodge an FIR of the incident at the City Police Station.