PTI leader snubs ISPR for ‘no comment’ on president 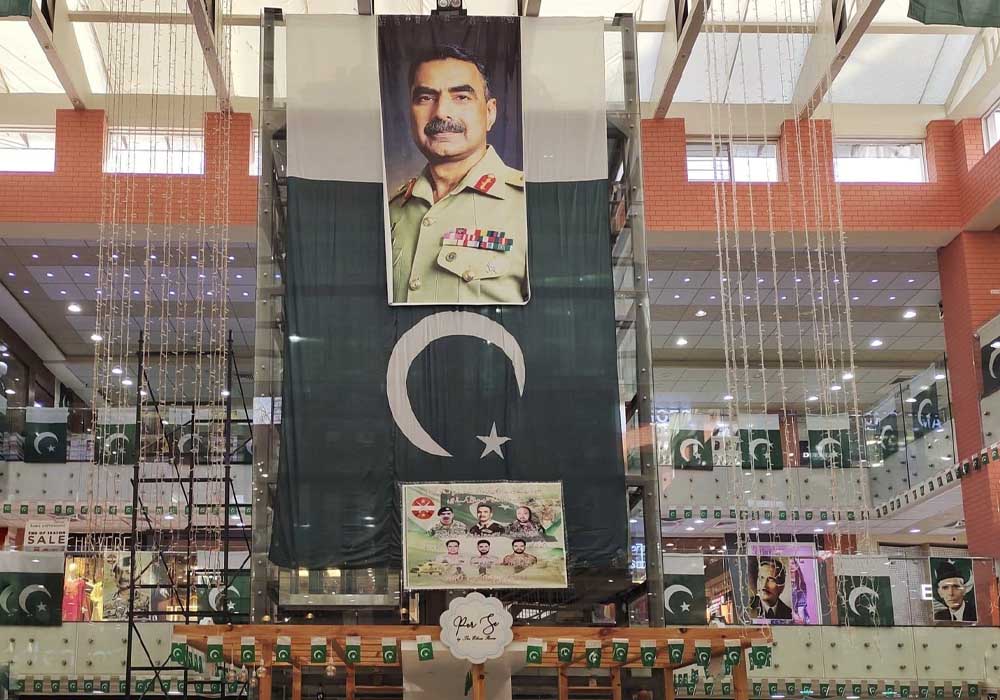 “It’s better if I don’t comment on the matter,” he had said when the anchor mentioned that the families of the martyred officers didn’t want the president – the commander of the armed forces – to attend the funerals.

PTI leader Ali Haider Zaidi said in a tweet that the ISPR DG’s response “left a bad taste”. “Could have and should have been handled in a much more dignified and professional manner.”

Former human rights minister Shireen Mazari also said that the president was the supreme commander of the armed forces and “must be defended”. This was followed by PTI leader Chaudhry Fawad raising another topic covered by the ISPR DG, al Qaeda leader Ayman al-Zawahiri’s killing, demanding a clarification whether Pakistan’s airspace had been used in the drone attack. “The question is whether Pakistan’s airspace was allowed to be used to not,” he tweeted.

On the other hand, Defence Minister Khawaja Asif requested political opponents not to make the martyrs a political topic, saying it was not good.

Presidents Alvi had tweeted the other day about the “unnecessary controversy” over him not attending the funerals. “This gives me an opportunity to condemn in unequivocal terms the despicable tweets by those who are neither aware of our culture or our religion,” the president said, adding that he had called “hundreds of families”, attended funerals and visited them to offer condolences.

However, lashing out at the “hurtful and derogatory” social media campaign against the army, Kh Asif said during a press conference in Islamabad that dragging martyrs into political issues “is not a good thing for the country”. “Making them (martyrs) the subject of discussion by using such language is highly condemnable. This is not at all politics.”

Without naming former prime minister Imran Khan, Asif said that the nation needed to reflect on who brought the situation to this point. The standard of politics was not as low as it was today, he said, adding that those who used “foul language” are thankless people.

“All limits have been crossed” by “a person who was imposed upon the nation in 2018”, he said. “These institutions protect us … in a society there can be differences but one should never use bad language including on social media… these are not our political traditions.”

“Pakistan does not need an enemy from outside. We have enemies inside who are pursuing enemies’ agenda,” the minister said. He said that despite differences, criticism on institutions should be within the limits of ethics. “Do not make a mockery of the institutions. We are proud of the sacrifices of the armed forces.”