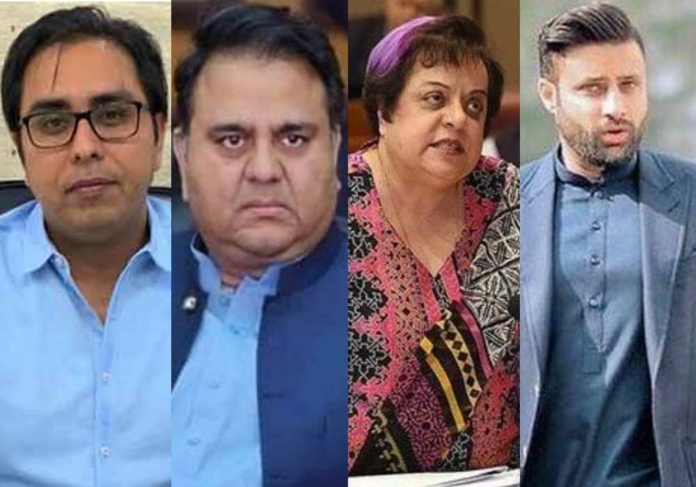 Shahbaz Gill has said in a statement issued on Twitter that the arrest of Senator Azam Swati is condemnable. Gill also urged the authorities to think for a moment about what his family must be going through.

“We know we are weaker than you and cannot do anything, so we request you to catch any party youth, including me, but do not denude the elderly,” he said.

Former federal minister and senior PTI leader Fawad Chaudhry has said that the news of violence on Azam Swati was disturbing. He stated that violence against political prisoners has become a new norm in Pakistan.

On the other hand, Shireen Mazari has also strongly condemned the arrest of Azam Swati and expressed surprise.

Condemning the arrest Mazari stated, “Seriously this is now the end of even a facade of democracy the way the imported government and its string pullers are behaving.”

PTI leader Zulfi Bukhari has also reacted to the arrest of Azam Swati and said, “Maryam has been released for stealing, Shahbaz and Hamza are no longer guilty, and a senator cannot express his opinion in a tweet.”