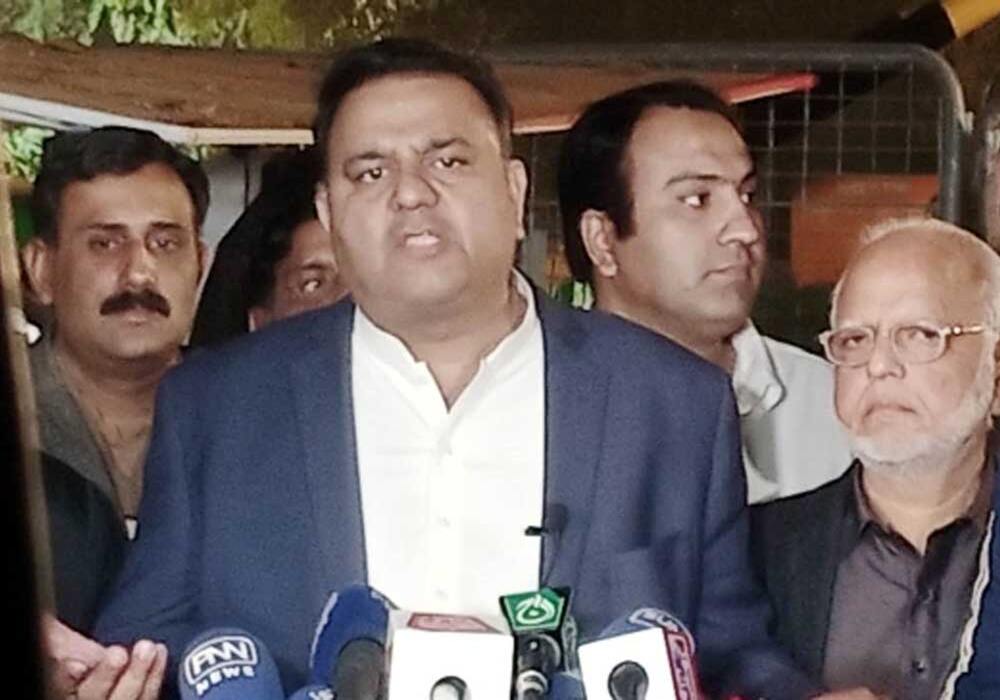 Talking to the media in Lahore, Fawad Chaudhry said that terrorism and economic stability were the two major problems of Pakistan at present. He said that unless there was political stability both problems will not be solved.

He said that at present there was a situation of semi-martial law. He said that Momina Waheed changed affiliation after taking Rs50 million. He added that despite this they have 188 members in the Punjab Assembly.

The PTI leader said that the member of Muzaffargarh told Imran Khan that he received unknown calls and offers were also given, PDM offered more than one billion rupees to five MPAs which they rejected.

The former federal minister said that they did not want quarrels with institutions but wanted to have a working relationship. He said that Imran Khan was the symbol of Pakistan’s unity at the time.

Criticizing the Election Commission of Pakistan (ECP), the PTI leader said that the ECP had drowned the law and if it was not ready for elections then resign and go home.