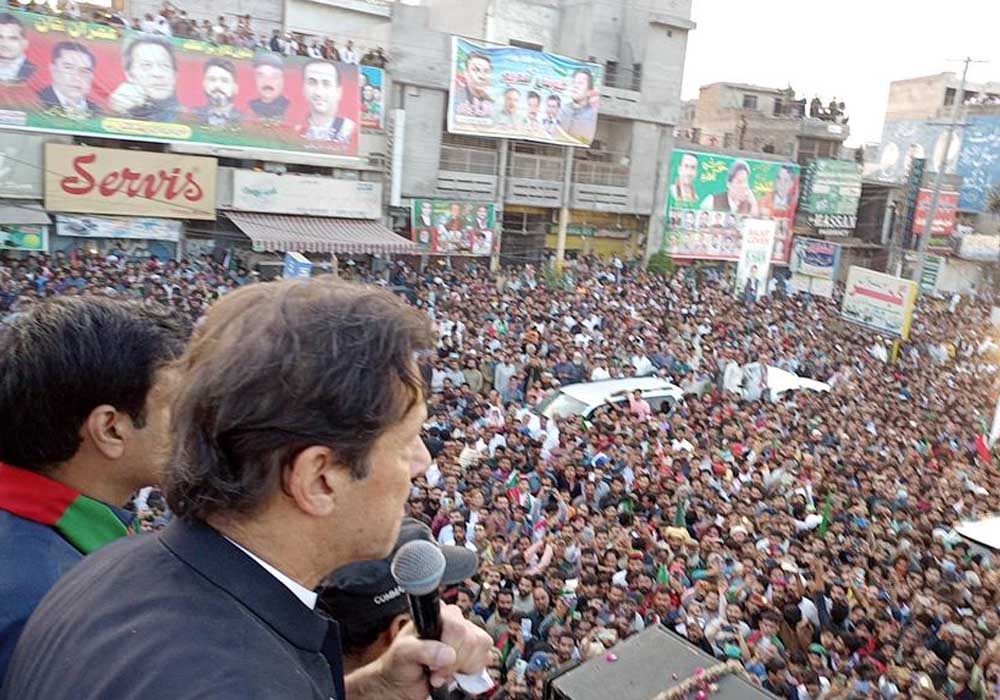 Former prime minister and Pakistan Tehreek-e-Insaf (PTI) Chairman Imran Khan Wednesday said that his movement for ‘haqeeqi azadi’ (real freedom) will continue for the next 10 months as he resumed the party’s long march from Gujranwala on the sixth day.

“Nobody should think our movement will end in Islamabad, it will continue for the next 10 months until we don’t have elections,” the former premier said while addressing the long march participants on Wednesday.

Imran asserted that he would not accept the incumbent government “at any cost” and would rather die than “bow down before these thieves [ruling parties]”.

“I have reached this point after a struggle of 26 years. All other politicians were born in the ‘military nursery’. Zulfikar Ali Bhutto was Ayub Khan’s minister for eight years and Nawaz Sharif became the prime minister of the country while installing iron bars in the house of General Jilani,” he added.

The deposed premier said that he tried his best to punish the “thieves”, who had looted the country for 30 years but there were some “secret hands” that managed to save the culprits.

“We could not do anything because NAB was not in my hands. Those who were controlling NAB saved these thieves,” he added.

The PTI chief said that if the army has decided to stay neutral then who is stopping them from holding transparent elections in the country? He said the people of Pakistan need to “stand up for their rights”.  He further questioned the death of officers investigating corruption cases against Prime Minister Shehbaz Sharif, saying “all officers died one after another”.

“No one asked how they all died of a sudden and then Imran Raza, another officer conducting the inquiry, died later.”

Reiterating that the system “cannot be fixed until the powerful are brought under the law”, Imran claimed “hidden hands” were helping so the incumbent government’s leadership does not get arrested. He also lamented that Pakistan’s biggest issue is that corrupt people get leadership roles without any accountability.