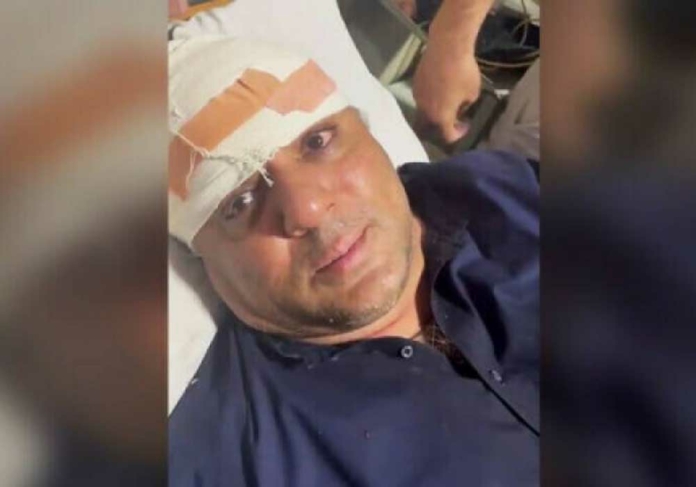 According to reports, Ghaffar was visiting different polling stations in Malir NA-237 when unknown miscreants manhandled him in Bakra Piri area. The PTI leader was moved to a nearby hospital for first aid. Meanwhile, former Sindh governor and PTI leader Imran Ismail accused miscreants belonging to the Pakistan People’s Party of attacking Ghaffar. Syed Ali Zaidi, the president of the PTI Sindh chapter, alleged that the goons of PPP MPA Saleem Baloch had attacked the PTI lawmaker.

SSP Malir Irfan Bahdar confirmed the incident and added that two groups reportedly clashed but the polling process resumed soon after. He, however, denied sharing more details of the incident. Provincial minister Saeed Ghani alleged that Ghaffar and other PTI leaders were trying to create a law and order situation after seeing their possible defeat in the by-polls. In his statement earlier in the day, Bilal Ghaffar condemned the alleged attempt to rig the Malir by-election and said that the Sindh government wanted to fix the results. He said that this by-election is part of the “real freedom struggle”, and the Pakistan People’s Party government should refrain from making the election controversial. He asked the voters to remain outside the polling stations to protect their votes.

Meanwhile, the Sindh election commission took notice of media reports about the presence of some people belonging to the Special Police (SPL) branch at polling station No.63 in NA-237, Malir. Some TV channels aired footage showing SPL officers inside the polling station in violation of the ECP conduct. “The presence of any unauthorised person in the polling station is not allowed and is a violation of the election code of conduct,” a Sindh ECP official said in a letter to the provincial police chief. He said immediate necessary action must be taken against such unauthorised persons across the board and sought a report of the incident from the Sindh IGP. He also ordered authorities to enhance security in both constituencies of Karachi to maintain a law and order situation.