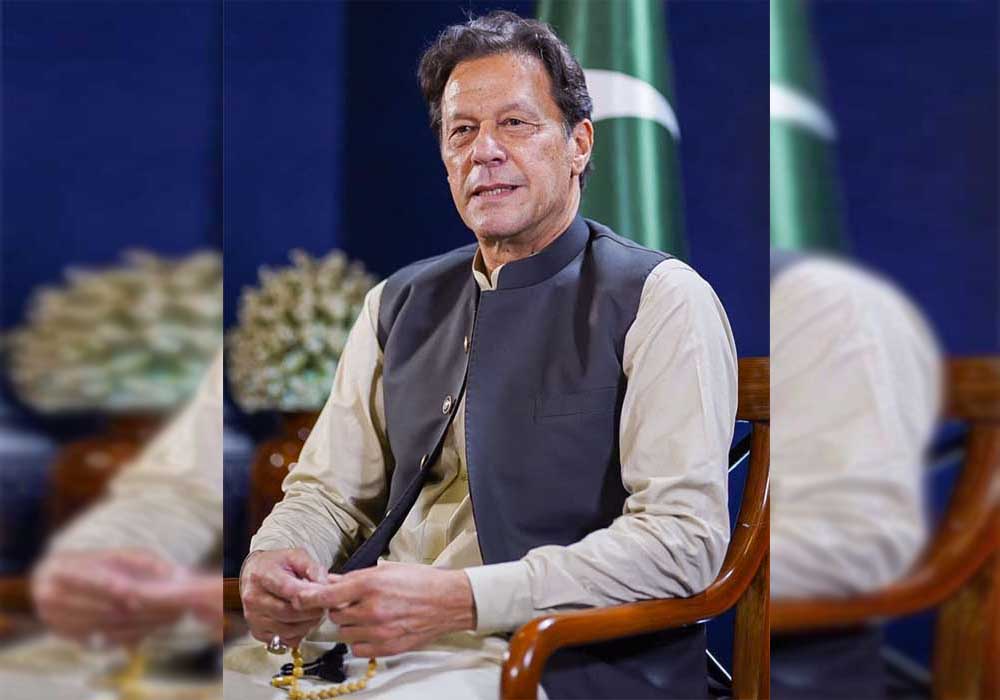 Pakistan Tehreek-e-Insaf (PTI) chairman and former prime minister Imran Khan on Wednesday accused the coalition government of hatching a conspiracy to pit his party against the military.

“They have prepared a plan to crush the PTI,” he said in an address to supporters via video link from Islamabad.

His statements came after the government alleged that the ex-premier and other PTI leaders were spreading hatred against the country’s institutions. On Tuesday, PTI leader Shahbaz Gill was arrested on the charges of sedition and inciting the public against state institutions.

Gill was presented in Islamabad High Court on Wednesday where the police were granted the politician’s two-day physical remand.

In his address, Imran said that a “frightening conspiracy” was being devised to present “Pakistan’s biggest political party and the army as opponents”.

“Let me tell you […] this plot is extremely dangerous and can damage the country,” he said, recalling that when the PTI came to power, the coalition government was “pained” to see his relationship with the army.

Imran continued that all of it was being done to break the party because “right now, the PTI, at both federal and provincial levels, has the biggest vote bank in the country”. “And the first tactic they have used is in front of you […] the foreign funding case.”

He claimed that the case was baseless. “They are just trying to show that the money we collected from overseas Pakistanis is illegal. They are accusing the party that collected money from fundraising and has credible audit reports.”

For the past four to five years, courts have been saying that audits of the funds of all the political parties should be conducted, Imran said. “But the ECP (Election Commission of Pakistan) knows that these parties raised money illegally and this is the reason why it won’t investigate them,” the former prime minister claimed.

He said the same was being done in the Toshakhana reference, adding that all the past prime ministers and presidents and people appointed to higher ranks got gifts, including the army chief.

The PTI chairman maintained that his party had always thought about Pakistan at every juncture. He said the PTI possessed the street power to “shut down the entire country” but current economic conditions were such that everyone should worry about them. “Even when we demonstrate, it is peaceful.”

Talking about Gill’s arrest, Imran said that no action was taken against PML-N leaders Nawaz Sharif, Maryam Nawaz, and others when they spoke against the army.