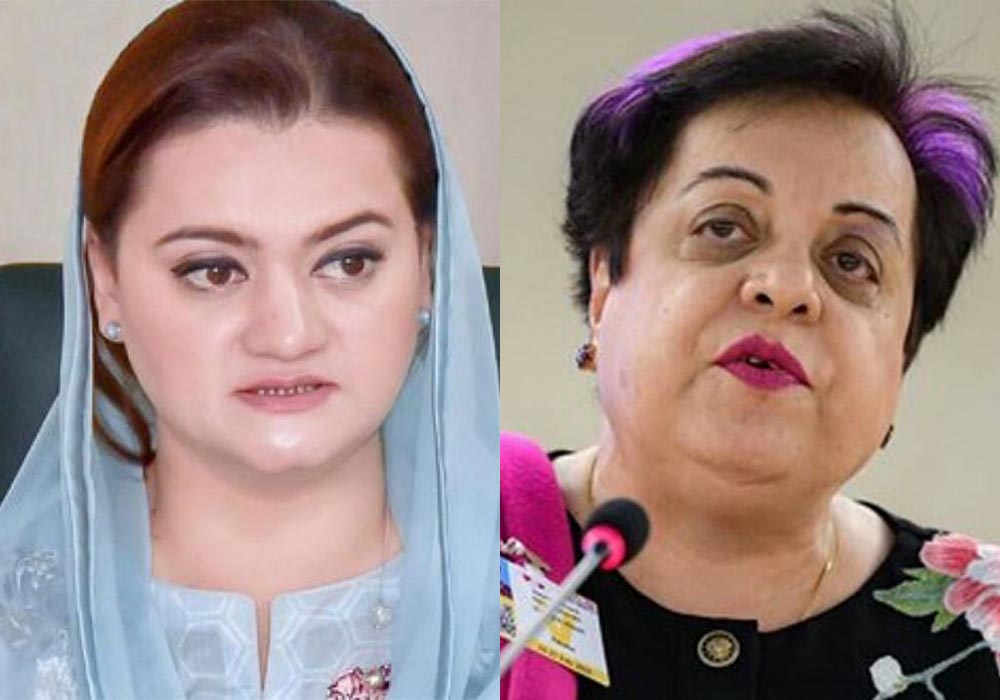 Pakistan Tehreek-e-Insaf (PTI) leaders Shireen Mazari and Fawad Chaudhry on Monday demanded a forensic test of the phone tapping of Imran Khan’s wife Bushra Bibi while speaking to the media in Islamabad on Monday.

On Saturday, an audio clip popped up on social media in which Bushra Bibi can be allegedly heard directing the Focal Person to PTI Chairman on Digital Media Dr Arsalan Khalid to spread the “narrative of treason”. Referring to the audio clip, Shireen Mazari claimed that a forensic test would prove whether “it was fake or real”. However, hinting at the audio clip being “real”, the PTI leader went on to add that “according to the Supreme Court decision, phone tapping is illegal,” while stating that “the entire conversation has been cut and pasted”.

“Nonetheless there is no political issue here,” she claimed before adding that “previously, a government was removed for the same reason”. Although the former minister for human rights did not clarify this, it appears she was referring to the previous Pakistan Muslim League-Nawaz (PML-N) government’s claims in 2017 when the Prime Minister House had accused the Joint Investigation Team (JIT) of probing into the Panamagate case of tapping phones and monitoring witnesses, which is in violation of the law and the Constitution.

Calling on the apex court to take notice of the alleged phone tapping of Imran Khan’s house, Mazari contended that the actions were part of an attempt to “cover-up” the conspiracy that the PTI claims were behind Imran Khan’s government’s ouster. “This is being done by those who brought the current government,” she stated. “Why is this happening?” she questioned as she addressed the “neutrals” and the incumbent prime minister. Speaking on the occasion, Fawad Chaudhry also alleged that phones are continuously being tapped and conversations are being leaked across Pakistan.

He also urged the government to file a case against Farah Bibi (Farhat Shahzadi) first as he pointed toward allegations of corruption being levelled against her. On Sunday, the government revealed its plans to issue a red warrant for the repatriation of Farhat, a close friend of former first lady Bushra Bibi, on corruption charges. Taking the government to task, Fawad Chaudhry said “how can warrants be issued when the case has not even been registered?”.

Meanwhile, Minister for Information and Broadcasting Marriyum Aurangzeb on Monday said a “malicious campaign” run by the PTI against the state institutions was a brainchild of Imran Khan’s wife Bushra Bibi. Fawad Chaudhry and Dr Shireen Mazari had confessed that Bushra Bibi was spearheading the campaign against the state institutions by peddling fake narratives on social media, the minister said while responding to the PTI leaders’ news conference held earlier in the day.

She said the PTI leaders’ news conference was in fact a confession that Bushra was not only behind the venomous campaign against the institutions but also coined the idea of awarding certificates of sedition to political opponents. Marriyum said both the PTI leaders did not only confirm that the (viral) audiotape was of Bushra Bibi but also it was her personal opinion to link the political opponents’ statements with sedition. The minister it had been confirmed that Bushra Bibi led the campaign against institutions and it was her who had been instigating her party’s spokesmen to use abusive language against opponents in their “unethical” press conference.

She said Bushra Bibi was pushing the narrative of “treachery and foreign conspiracy” by hiding in her abode at “Money Gala.” Political opponents were being abused by Bushra Bibi from everywhere with the aim to hide her unprecedented corruption, she added. She said the PTI had also confessed that the treason cases were filed against political opponents to conceal Bushra’s corruption. However, the champions of the foreign conspiracy narrative were now caught begging and apologizing to the country whom Imran Khan accused of the regime change conspiracy. The minister said Imran Khan was seeking an apology from that country by imploring “let the bygones be bygones”.