PTI will sweep next election: CM 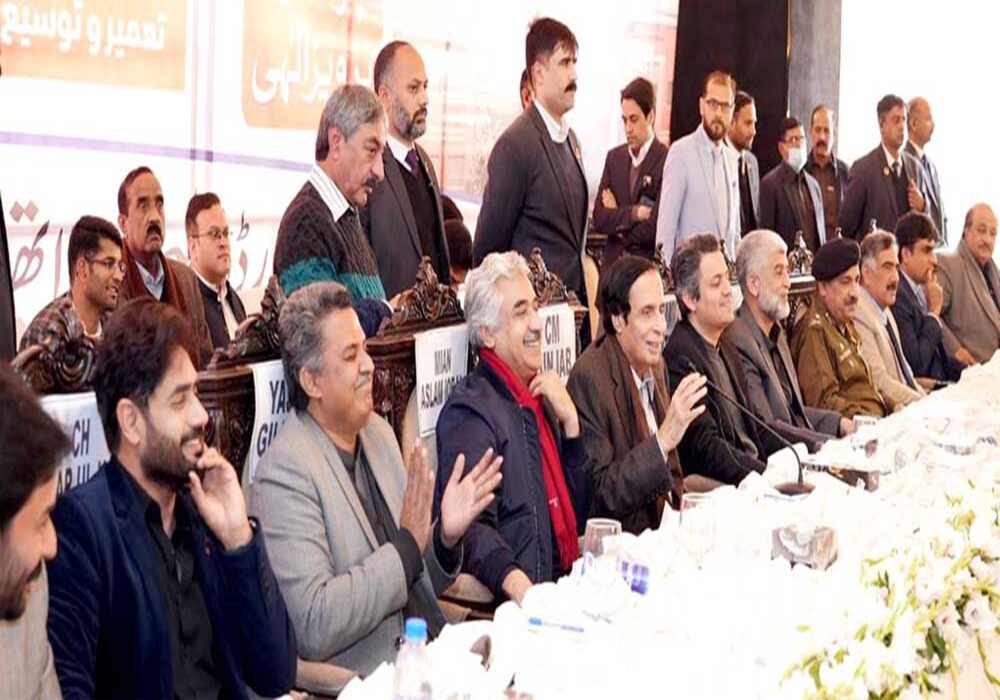 Chief Minister Punjab Chaudhry Parvez Elahi has said that PTI will sweep the next election, and general elections will be held now.

Imran Khan has prepared the best strategy in terms of politics and Allah Almighty has also helped him. Even the family members did not know how the assembly was dissolved, he said and added that all the plans of the Sharifs were shattered. Now, they are afraid for their future as their politics has become zero before Imran Khan, he said. Shehbaz Sharif may take 15 sleeping pills but he could not sleep now. We have taken the vote of confidence, it is his turn now. The Sharifs are distressed as they are uncertain about the future course of action, he added. Shehbaz Sharif is running from pillar to post but to no avail while Nawaz Sharif has announced that he will not come back.

Now, the PML-N has gone down even more as Shehbaz Sharif has failed to come up to expectations. He, in fact, is lying down as he can only beg. When he goes out to beg, people say to find out whether he has a return ticket or not. How will the PML-N approach people because the voters would take account of 30 years from them? May Allah give health and fitness to Imran Khan; he always thinks about serving the people and doing good deeds. Imran Khan is honest and good, there is no leader like him, added Parvez Elahi.

The CM was speaking at the inauguration of the construction and expansion project of Saggian road, Sharaqpur road and the foundation stone laying ceremony of the multi-level flyover project in Shahdara. Parvez Elahi regretted that the federal government has not yet been able to provide free fertilizers and seeds to the flood victims in Punjab. The Sharifs ruled for 30 years but did not think of the welfare of the common man. Rana Sanaullah walks around with a moustache; he sat in the assembly for four days but failed to grasp things. Now, Nawaz Sharif called Rana Sanaullah to London for accountability as Sharifs didn’t send Rana Sanaullah to the assembly to relish, he added.

Parvez Elahi highlighted that his government worked for the common man and added that countless projects are conspicuous in the province. This government started providing free solar pumps to Lahore; an underground blue line train will also be run from Data Sahib to the airport in Lahore, he informed. We have worked for the common man while giving innumerable employment. The best machinery is being provided to treat cancer in every division and it will also be treated on the health card, the CM said and noted that a lot of work has been done to serve the religion including setting up a Khatam-ul-Nabayeen (PBUH) university.

The work of five years has been done in five months, he said and added that as soon as the money was arranged we used it for the people. The CM noted that Shahadara multi-level flyover and Saggian road projects will benefit the people daily. Development projects worth 20 billion rupees have been started by this government in Lahore, he added and noted that Mian Aslam Iqbal and Hammad Azhar strived for these projects.

A road has been constructed from Phool Mandi Chowk to Faizpur Interchange and another road is constructed from Phool Mandi Chowk to Begum Kot. The completion of this project will expand and ease the entry and exit routes. Passengers and freight vehicles will benefit from this convenience daily as lakhs of residents of Faizpur, Phool Mandi, Sheikhupura, Shahdara, Begum Kot, Nain Sukh and other densely populated areas will benefit. The project will also save valuable time and fuel. There will be a reduction in noise, smog and environmental pollution.

The Shahdara multi-level flyover project will cost 8.90 billion rupees. This project will be completed in 10 months on 27 kanals of land. Lakhs of passengers travelling on the Lahore-Islamabad GT Road will be benefited from this project. Walkways, bridges, service roads and drainage will also be built. Three-lane flyover will be constructed for GT Road to Niazi Chowk while a two-lane flyover will be built from Kot Abdul Malik to Niazi Chowk.