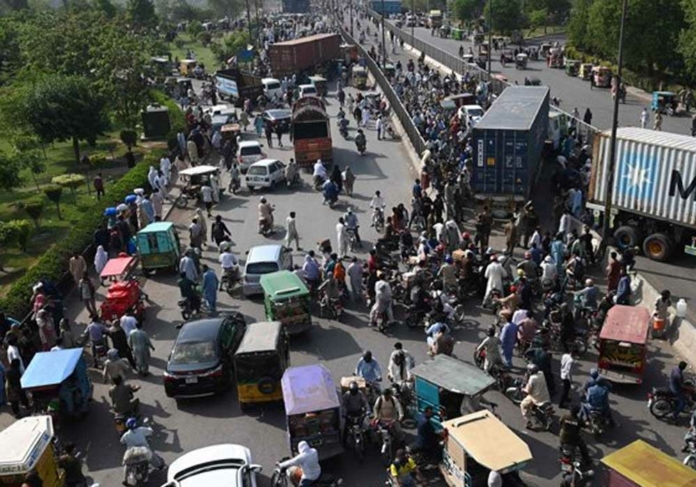 The entry and exit points of Islamabad have been closed due to the continued protests of Pakistan Tehreek-e-Insaf (PTI) workers.

PTI workers have blocked the main highway in protest on the Motorway (M2) near the New Islamabad Airport. Protestors have closed Rawat, Shamasabad, Bakery Chowk, Khanna Pul, and Main Expressway near Koral and Thaalian by burning tires in protest against the attack on PTI Chairman Imran Khan.

Taxila road from Khyber Pakhtunkhwa (KP) to Islamabad has also been blocked.

The closed roads by PTI workers at various places in Rawalpindi have caused problems for the citizens. The movement of traffic has been disturbed in the federal capital due to closures at various points.

Earlier, the PTI had announced the closure of Islamabad’s entrances from today after which the Islamabad Police has been on alert.

According to reports, Federal police and Pakistan Rangers troops have been sent to deal with the situation.

Islamabad Capital Police on Monday said that it would take action against those who will be involved in staging protests without permission in the federal capital.

A statement from the capital police has alerted the citizens including students and patients that they may face inconvenience in transit as the leaders of a political party have announced to block roads. Police have also appealed to contact ‘15’ before starting travel and get updates about the situation on the roads.