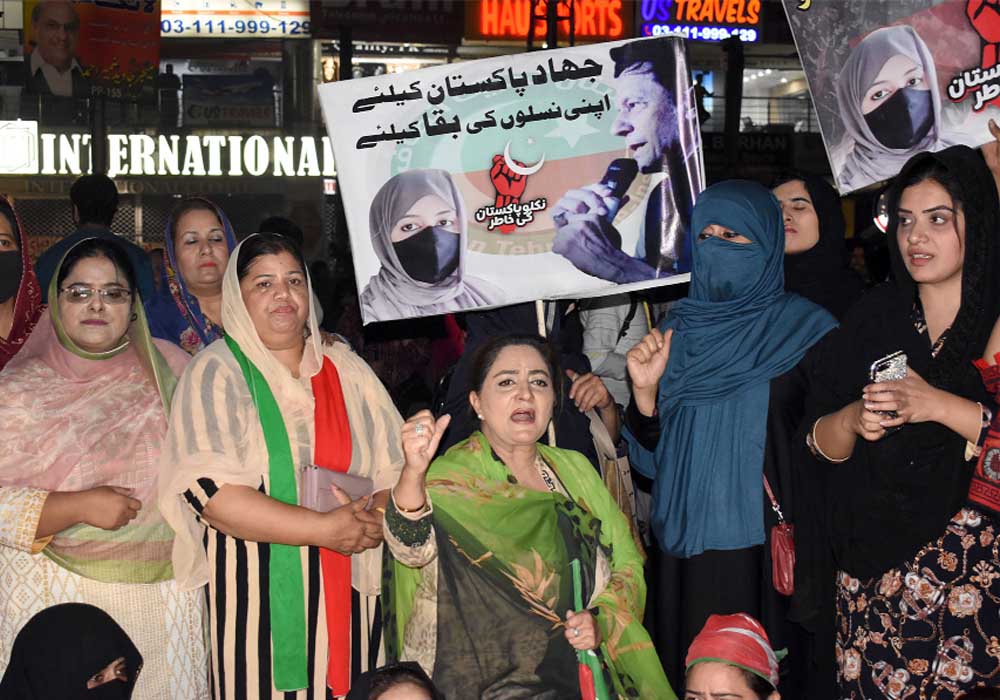 A large number of PTI workers came on the roads to express their anger and protest as the news regarding the attack on Imran Khan’s container went viral in media. The former prime minister got injured in the firing incident when he was leading his march near Wazirabad along with other party leaders. Imran Khan was shifted to Lahore’s Shaukat Khanum Hospital right after the incident where he got treatment. As per the reports, 14 people were injured while one lost his life. Senior PTI leader and ticket holder from Wazirabad Ahmad Nasir Chattha is in serious condition as the bullet hit both of his legs. Other leaders including Senator Faisal Javed and former Governor Sindh Imran Ismail also received minor injuries.

As the news went viral in media, a large number of PTI came onto the roads while blocking different arteries and highways across the country. An angry mob also attacked the office of Interior Minister Rana Sanaullah in Faisalabad where PTI workers also staged a sit-in demanding the arrest of the culprits. Moreover, protests were also staged in different parts of the province including Lahore, Gujranwala, Multan, Sahiwal, Rawalpindi and Sheikhupura. Some scenes were also witnessed on social media in which the angry PTI workers were seen attacking the army’s symbolic installations, including tanks in Peshawar. “Same forces are behind this assassination attempt who were afraid of Imran Khan’s popularity. They were afraid of Imran Khan’s long march in which millions of people participated,” said Mian Mehmood-ur-Rasheed, Minister for Local Government. He further added that Imran Khan came on the roads just for this nation despite the fact that he was facing life threats. This caravan to get real freedom will remain continue, he said. Rasheed also urged Chiefg Justice of Pakistan to hold impartial inquiry of the assassination attempt on Imran Khan.

A large number of party workers also reached Shaukat Khanum Hospital where Imran Khan was under treatment. Families, children and woman workers of PTI were seen weeping at Shaukat Khanum Hospital while praying for speedy recovery of their party leader. Later, in a video message sent from the hospital, party’s secretary general Asad Umar and Punjab’s senior minister Mian Aslam Iqbal said that Imran Khan had prior information that he can be attacked this way. “Imran Khan called both of us in the hospital to give us a message and asked to tell the nation,” said Asad Umar.

Three people are responsible for this assassination attempt, Asad Umar said. “Shehbaz Sharif, Rana Sanaullah and Maj Gen Faisal,” he said, while naming the Prime Minister, Interior Minister and a senior officer of ISI behind the attack. He said that Imran Khan has demanded to remove all these three people; otherwise protest will be held across the country. “Pakistan cannot be run like this way,” Imran Khan was quoted as saying by Asad Umar.