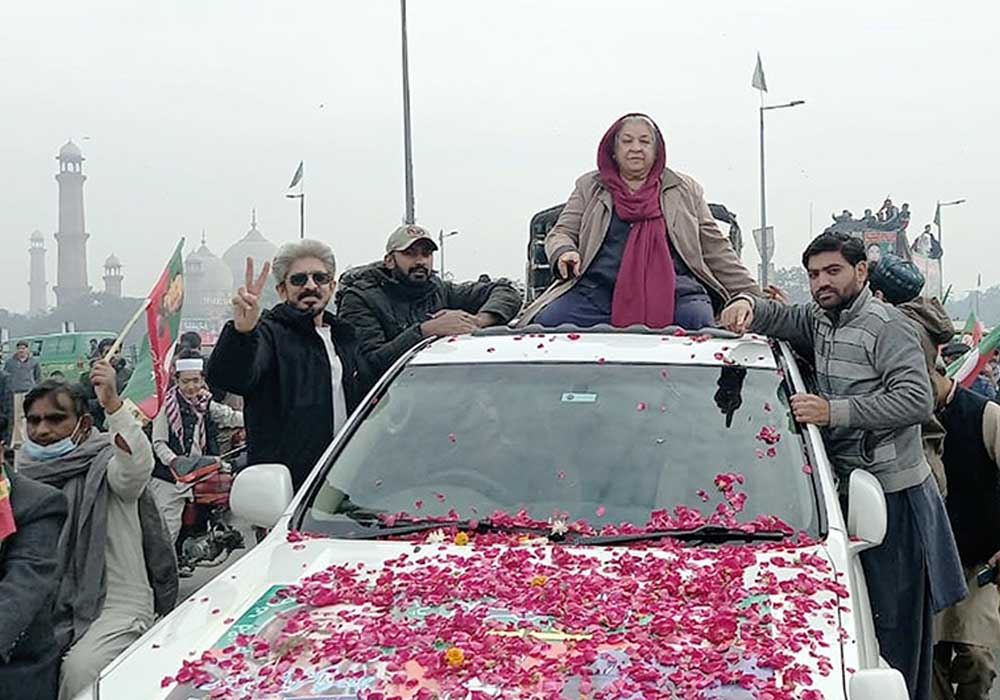 Anti-inflation rally carried out by Pakistan Tehreek-e-Insaf (PTI) in Lahore ended up demanding snap elections in the country.

The rally was led by PTI Central Punjab President Dr Yasmin Rashid, which started at Azadi Chowk and ended at Yateem Khana. A large number of PTI workers were carrying the party flags while chanting slogans against the federal government. Most of the participants of the rally accused the federal government led by PDM of the current economic and political crises prevailing in the country.

Addressing the charged crowd at Azadi Chowk, Dr Yasmin Rashid said that the federal government has failed miserably in providing relief to the people. “It has become really difficult for a common man to get the meal of two times and therefore we are on the roads to get relief for the masses,” Yasmin said. She further added that the PTI will continue its struggle against the dictatorship until real freedom is achieved. The dynastic politics has destroyed the foundation of Pakistan and we’ll never accept this slavery imposed on us, she added. “The Year 2023 will be the year of struggle. We’ll continue our movement until the imported government is sent packing,” Yasmin said while addressing the party workers at Azadi Chowk.

The rally passed through Katchehri Chowk, MAO College and Chauburji before reaching Yateem Khana where it culminated with the speeches of other leaders including senior provincial ministers. The party workers were seen chanting slogans against the federal government as they said that Pakistan is facing economic hardships since the PDM took the reins of Islamabad. “Imran Khan is the only saviour of this nation as he can get Pakistan out of the crises we are facing today,” said the party workers.

Senior Provincial Minister Mian Aslam Iqbal said that Pakistan is facing all these crises as a result of a well-orchestrated conspiracy hatched to destabilize the country. “The PML-N and PDM are afraid of elections because they know that the nation is standing with Imran Khan and therefore they are avoiding the elections,” Aslam Iqbal said. He added that conspiracies are being hatched for the handover of Punjab to ‘imported rulers’. “A common man doesn’t have enough money to pay his house rent and utility bills. He cannot even pay the school fee of his children and it all happened just due to the inept rulers of Islamabad,” he said. Minister for Local Government Mian Mehmoodur Rasheed said that the anti-inflation rally has proved today that Lahore is with Imran Khan. “The international thieves have been imposed on us but now the nation will not spare them as real independence is just around the corner,” said Mian Mehmoodur Rasheed.