In an interview with MinuteMirror, Albakio publishers CEO says Single National Curriculum is a wonderful step of the govt but is being implemented the wrong way 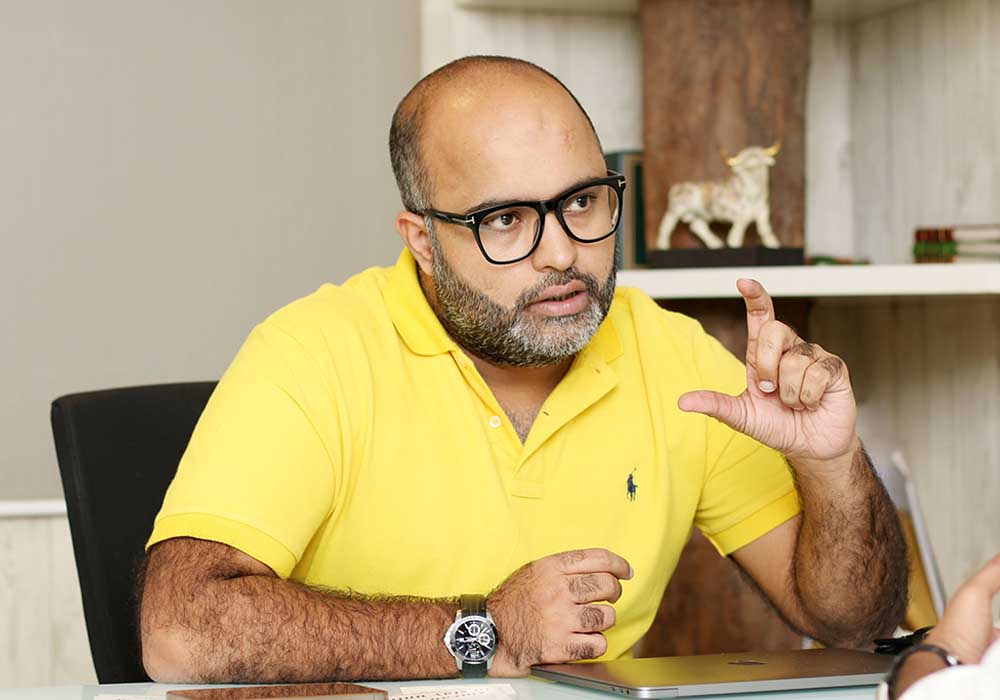 Publication houses always have a critical role in the betterment and advancement of society. Through their publication, they can develop content to create awareness in the nation and for setting its mind to good causes.

Whether through textbooks for schools or other publications, several publishers are playing their role by developing suitable content in Pakistan. While these publishers are working to develop more impressive books, they also face some issues. To understand the working and the issues related to publishers, Minute Mirror talked to the country’s leading publication house Albakio’s Chief Executive officer Ahmad Usman Shah, who was quite hopeful for the bright future of education in Pakistan. He has vast experience in developing new academics and entrepreneurial ventures into commercially successful entities in the field of publishing. He is also chairman of the association of publishers which works for the welfare and protection of publishers.

“Since the government has introduced the Single National Curriculum, we can foresee more improvement in the educational system of the country,” said the Shah, adding that this is a wonderful step of the government.

He said before SNC, different schools were teaching different courses which were creating class differences in society. Students from expensive and elite schools were leading in society while it was helping in brain drain from the country. “After the implementation of SNC, we can hope that at least students will be brought up with the same higher level while it will also help in stopping the brain drain.”

However, Shah was of the view that though SNC is a great step but is not implemented in the proper way. “A good thing is being implemented in wrong manners, which in result might damage the cause instead of benefits. Single national curriculum’s concept is that students of same class in the country should have knowledge of same subject,” he said, saying that this should be implemented gradually. Elaborating on his view, he said while giving an example that a course of Class-2 should be implemented on the students of today’s Class-1 next year over their promotion. In other countries where SNC is enforced, it has a 10 years time for implementation but here it is implemented at once.

“Government should have tested SNC as a pilot project first by taking some districts and later implementing them across the country.”

Talking about the problems of publishers, Shah informed that after the SNC was introduced in Pakistan, some quarters thought that many publishers would stop working. At the time when SNC was announced, Pakistan caught the Corona pandemic which added into the problems of publishers. “At that time we formed an association of all famous publishers of the country and I was made its chairman,” he said, adding that this association worked day and night for the rights of publishers and now we can see all the publishers in business with more strength. Members of our association performed tremendously and that helped us in winning the Urdu Bazar’s election.

Publishers still have some issues with the government which need to be resolved. Earlier, obtaining NOC for a book was so complicated, the association tried to bring some relaxation in the procedure but it still needed some more improvement. “Initially, the fee to obtain NOC for one book was set at Rs125,000 which was later decreased to Rs45,000 and this could be done due to strong liaison between association and PCTB.

We are still facing a big problem in terms of renewal of books as the Punjab text book board has asked for renewal charges for every book. “If a publisher has 100 books, then he will have to pay a huge amount for renewal of all the books,” he said and added that negotiations in this regard are undergoing with the board.

Association did a lot of work against the cartel of paper mills. Three four paper mills set their own rate, and the effect is faced by students.

Last year, the paper, which was available from Rs150 to Rs170 per kg, due to paper mills’ cartel has now reached up to Rs350 per kg. “We are trying to convince the board to also allow publishing books on recycled paper along with virgin paper. If recycled paper is allowed then book price will decrease and small mills will also get business.”

“Paper mills in connivance with government officials remained a hurdle in legislation but now the PCBT MD is a wise and intellectual person and ready to sort out the issues.”

Our main purpose is to provide books to students at low rates and also to develop a conducive environment for businessmen. Earlier, such publishers were ruling in the market who sought their vested interests ignoring its impacts on the overall market. But now the situation has changed, all publishers’ efforts are collective and for everyone’s interest.

Talking about Alabkio, he said that we are among the top ten publishers in the country, focusing on school books. It has been working in Publishing for the last 22 years, and it is a pioneer in digitization of books in Pakistan. “We have introduced barcodes scanning and a youtube facility. We have digitized all our books and it’s available free of cost.”

Besides taking lectures from teachers at school, students can watch it on Tv and mobile through our Apps, QR Codes and Youtube. “We have facilitated students as he can easily study books by using any digital mean,” Around 10,000 schools are currently clients of Albakio publishers across the country, said the Shah. Talking about the foreign publishers in Pakistan, he said that they were not compatible for the society like Pakistan. “Publishers like Oxfords are more than an NGO, to create difference in society and to cultivate their own agenda in students’ minds,” maintained the Shah. On a question he said that there was no reality in rumors of hoarding books by publishers because doing so is meant to hamper their business.