Through legislation, house deprives position of judicial powers to award punishment to bureaucrats 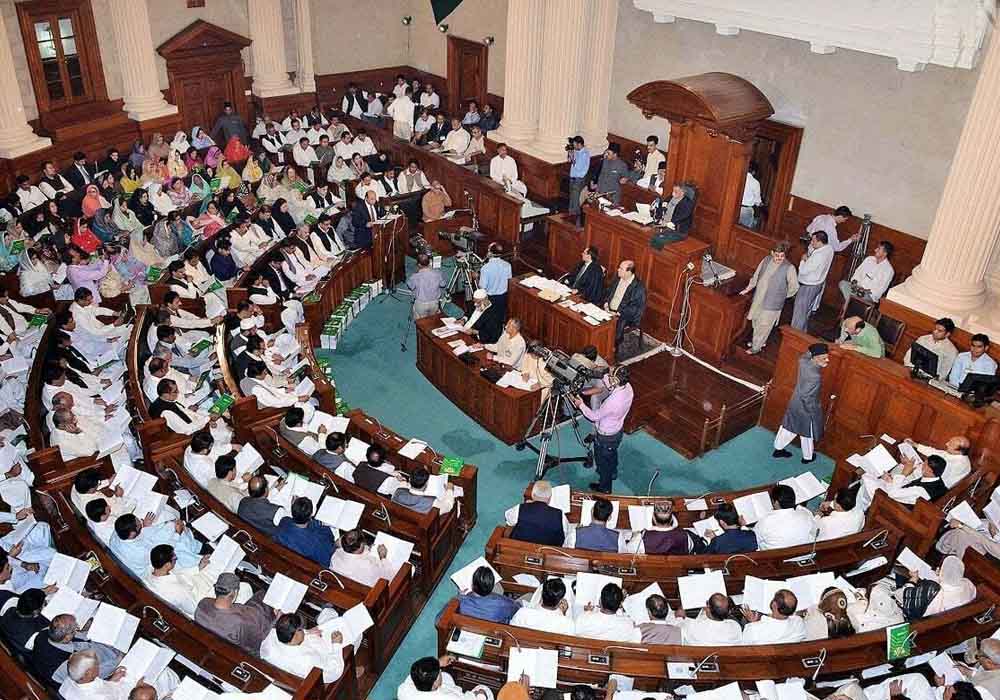 In another setback to Speaker Chaudhry Parvez Elahi, the Punjab Assembly’s session that is underway at Aiwan-e-Iqbal clipped the ‘judicial powers’ of the speaker through legislation.

As many as four bills were passed on Thursday during the budget session right before the speech of Chief Minister Hamza Shehbaz. The Provincial Assembly of the Punjab Privileges Bill was passed with majority, curtailing the powers of the speaker. Earlier, the speaker had the judicial powers to award punishment to bureaucrats on spot if the privilege of any MPA was breached in his/her eyes.

The speaker was earlier empowered to give punishment to bureaucrats up to six months. The new legislation is meant to appease the top baboos and will give relief to the bureaucracy. The other bill that was passed by the house was The Punjab Ministers (Salaries, Allowances and Privileges) (Amendment) Bill. It curtails the privileges of Sardar Usman Buzdar as former chief minister. The last PTI government had legislated to give several facilities to the former chief ministers.

Usman Buzdar was supposed to get two vehicles of Elite Force, one official residence and five officers, including two above the rank of 17 grade, the sources said. Now, Buzdar will get only those facilities as former CM that were allowed before the 2019 legislation. It is worth mentioning here that Buzdar has moved a petition in Lahore High Court seeking an official vehicle as a former CM.

Another bill named The Provincial Assembly of the Punjab Secretariat Service Bill was also passed by the house. Under the new legislation, the Punjab Assembly will come under the law department. Now, the law secretary will correspond with the governor regarding summoning and proroguing of assembly session. Earlier, this task used to be done by secretary of Punjab Assembly. The PML-N led government also gave legal cover to the session underway at Aiwan-e-Iqbal through this legislation.

The governor had earlier issued an ordinance curtailing the powers of the assembly secretary and now the same ordinance has gotten the nod of the house. The Punjab Local Government Bill was also passed by the house on Thursday with a majority. Earlier, the session was started after the delay of more than one and a half hour from its scheduled time with Deputy Speaker Sardar Dost Muhammad Mazari in the chair.

The government also passed a supplementary budget worth over Rs309 billion for 2021-22 with a majority vote in the house. The approved supplementary demands for grants include development (over Rs1 trillion), state trading in food grains and sugar (over Rs82billion), roads and bridges (over Rs57 billion), subsidies (over Rs23 billion), police (over Rs15 billion), civil defence (over Rs110 million) and others. The session was later adjourned till Monday at 2:00pm.

Later, briefing the journalists regarding the bills, Law Minister Malik Ahmad said that the legislation done by Elahi was person specific. He said that secretary of Punjab Assembly was a close confidant of Speaker Elahi and therefore he gave him much power through the legislation of his choice. Earlier, the Law Department was involved in summoning or proroguing the assembly session and we have once again enforced it. Talking about the Privilege Bill, he said that it was a draconian law as unlimited powers were given to the speaker under it. Even the NAB chairman doesn’t have such powers enjoyed by the speaker against the bureaucracy, he said.