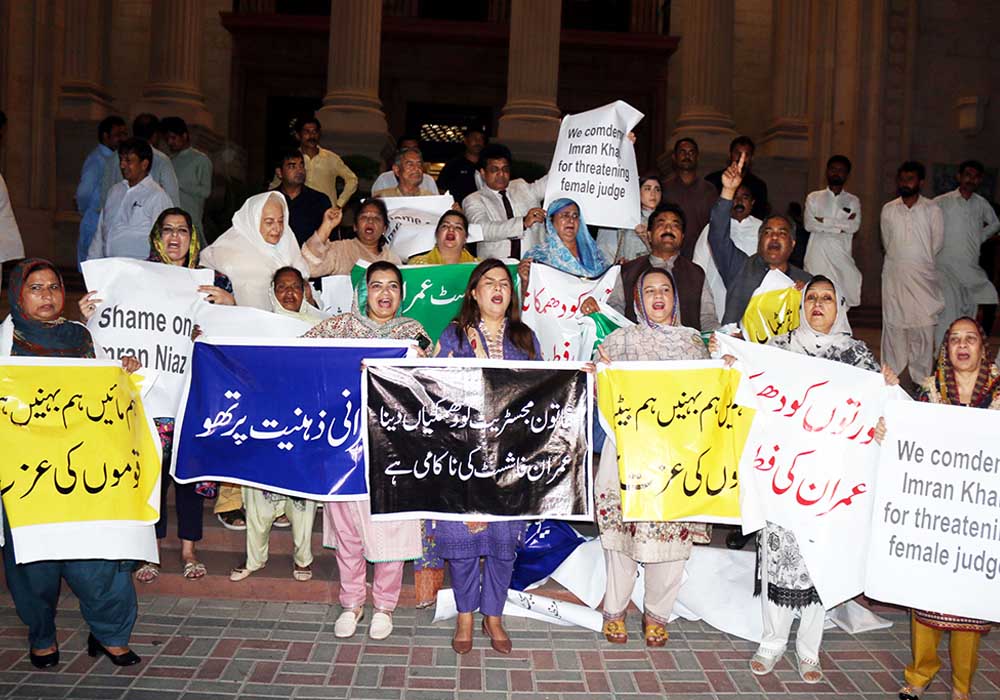 An FIR was registered against the PTI chairman in Islamabad in which he was booked under terrorism charges for threatening a judicial magistrate and high police officials. As the PTI is in power in Punjab, it managed to pass the resolution and demanded from the federal government to quash all the cases against Imran Khan. The resolution was brought into the House out of turn jointly by cabinet members including Mian Mehmood ur Rasheed, Mian Aslam Iqbal and Ali Afzal Sahi while former CM Usman Buzdar was also one of the movers.

“This House condemns the launching of baseless and illegal cases against former Prime Minister Imran Khan,” said the resolution. It further added that PTI is the largest and most famous political party and its Chairman Imran Khan is not only the leader of Pakistan but the whole Islamic world. The purpose of including terrorism charges against Imran Khan is meant to derail the democratic process and it will deteriorate the country’s situation further.

The image of Pakistan was tarnished at the international level and the Secretary General of the United Nations also showed his concerns over this issue, the resolution added. International journals are also condemning this act. “Such political and baseless cases are not accepted at all and it cannot hamper the struggle of PTI against the imported government,” the resolution said. This House shows complete solidarity with Imran Khan and condemns the nefarious designs of the ‘imported’ government.

Later, speaking in the House, Minister for Local Government Mian Mehmood ur Rasheed said that Imran Khan is the leader of millions of people and the cases against him cannot be accepted in any democratic and civilized society. Another PTI lawmaker Ahmad Khan Bhachar said that attempts are being made to stop the popularity of Imran Khan but it is on the continuous rise since his ouster. “Just have a look at the by-elections of Karachi where all the parties were against the PTI but we recorded an emphatic victory there although we didn’t run an effective campaign,” he said. He also demanded stern action against those officers who launched a crackdown against PTI workers on 25th May.

Earlier, two bills were also passed in the House during government business. The bills were moved by Minister for Parliamentary Affairs Raja Basharat. The House passed ‘The Lahore Central Business District Development Authority (Amendment) Bill’ and ‘The Ravi Urban Development Authority (Amendment) Bill’. The session was later adjourned till 31st August for one week.