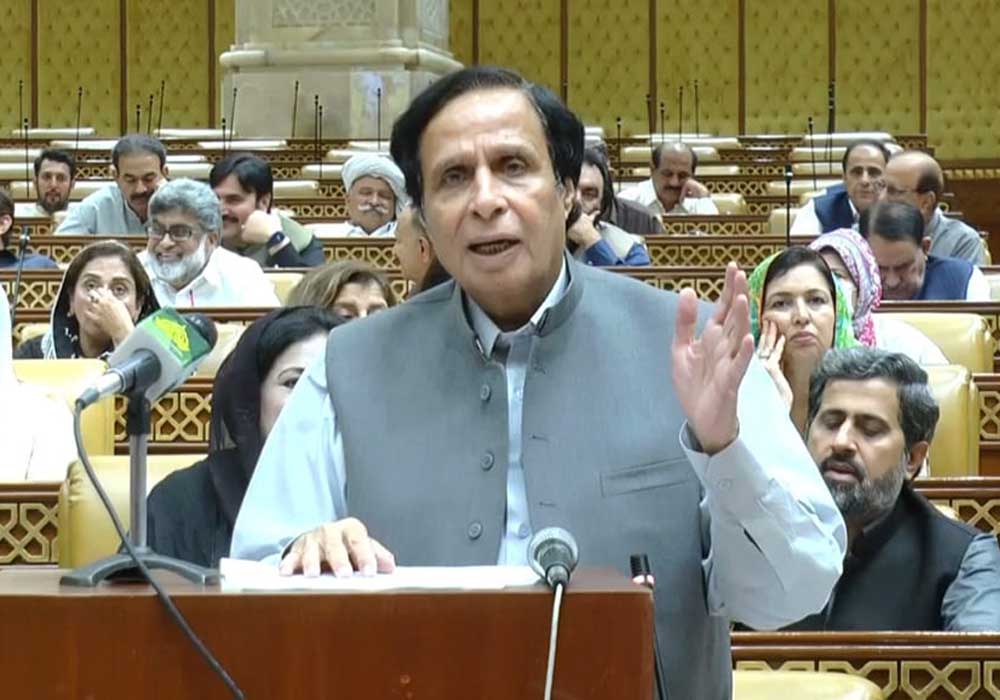 The Punjab Assembly on Tuesday passed a bill to ban interest on private loans in the presence of Chief Minister Punjab Ch Parvez Elahi, who gave all the credit to PTI Chairman Imran Khan for his services to the religion.

As per the details, ‘The Punjab Prohibition of Interest on Private Loans Bill’ was moved by PML-Q MPA Khadija Umar and it was passed by the House in just a few minutes. Speaker Sabtain Khan suspended the question hour to take the legislation as CM was also present in the House who was supposed to deliver the speech. The suspension of question-hour was opposed by the opposition but Speaker rejected their voices and moved forward with the legislation.

Later, CM Elahi said in his speech that the business of interest is a curse and it was strictly prohibited by the prophet and Holy Quran. “We have done legislation against the interest on loan today and I want to pay tribute to Imran Khan and the Punjab government as this religious work could be possible in his government,” Elahi said. He went on to say that Pakistan was formed in the name of religion and the purpose of Pakistan could be fulfilled by Imran Khan.

He further added that religious education is now mandatory to get the degree and this credit also belongs to Imran Khan. The CM said he had already announced that the education would be free till graduation and all the books would be provided free of cost. He also lauded the Minister for School Education Murad Ras for ensuring religious education in the public sector schools.

In his maiden speech in the House after being elected as the chief minister, Elahi said that he had talked to Imran Khan about the upgradation of all the emergency wards of public sector hospitals where medicines would be available free of cost. Elahi once again said that he would not spare the ‘Sharifs’ for torturing the workers of PTI on the eve of the May 25 long march. “You cannot go out of my clutches,” he said in the House.

Another bill ‘The Provincial Assembly of the Punjab Privileges (Repeal and Revival) Bill was also passed by the House. Earlier, it wasn’t signed by the Governor and therefore the House considered it once again. Speaking on the bill, Minister for Parliamentary Affairs Raja Basharat said that it was passed by the House unanimously but the governor didn’t assent it. “Governor shouldn’t become an impediment in the assembly business,” Raja Basharat said.

When the CM left the House after delivering his speech, PML-N MPA Malik Arshad said that the people of Punjab were severely hit due to the flood but Elahi didn’t utter a single word for them and preferred to criticize his political opponents only. He added that CM said in the public rally of Imran Khan that he had a plan to control inflation but he didn’t reveal his plan in front of the House.

Later, a resolution was passed by the House in which it was demanded that stern action should be taken against Interior Minister Rana Sanaullah and Atta Tarar for allegedly issuing orders to the police to physically assault the workers of PTI on 25th May. The House also passed another resolution to condemn the arrest of Imran Khan’s close aide Shahbaz Gill. The House urged the federal government to immediately release Gill as he was arrested in a fabricated case. The House was later adjourned to meet again today (Wednesday) in the afternoon.