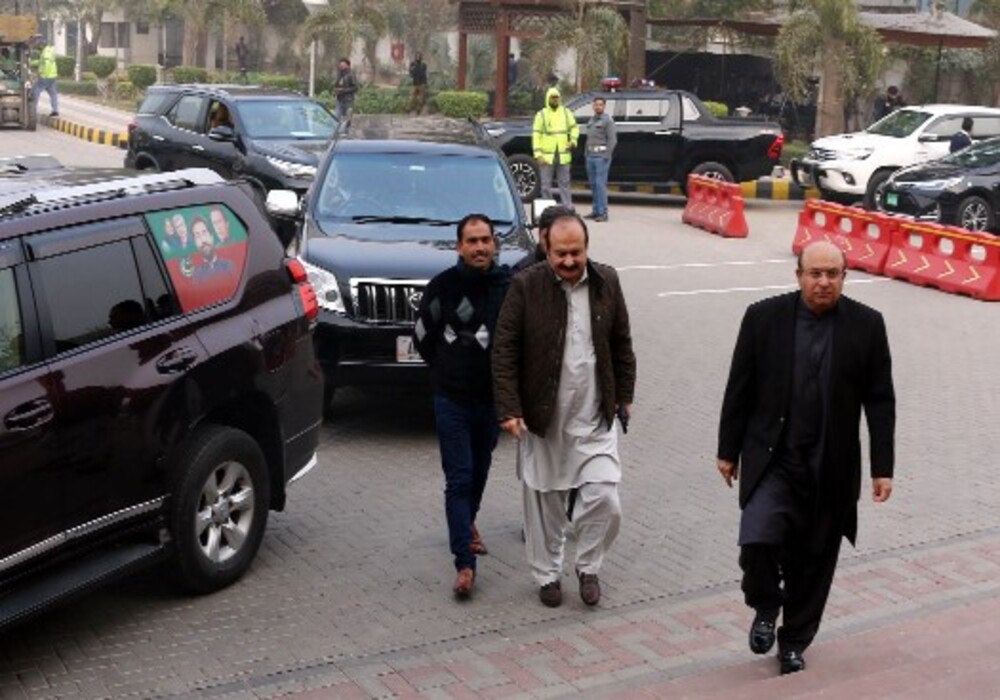 The opposition staged a walkout from Punjab Assembly (PA) on Friday as the House passed a resolution against the Punjab governor’s “unconstitutional and illegal” move to de-notify PML-Q leader Chaudhry Parvez Elahi as the provincial chief executive.

PA Speaker Sibtain Khan chaired the session that was marred by sloganeering by the treasury and opposition benches. The session also came as the Lahore High Court took up Elahi’s petition challenging Punjab Governor Balighur Rehman’s orders to de-notify him as the chief minister. The resolution against the governor’s order was presented by PTI MPA Mian Aslam Iqbal and reposed trust in Elahi as the chief minister. However, the opposition staged a walkout as it was being presented.

The resolution said there was an attempt underway to destabilise the majority provincial government. “The Punjab governor on Dec 22, through an illegal order against the elected CM and the provincial cabinet, has transgressed his authority, disrespected the people’s mandate, harmed the sanctity of the house and created an administrative crisis in the province,” the resolution said. It called on the president to take steps to remove the governor from his office.

Earlier, speaking on the floor of the assembly amid the commotion, an unfazed Elahi thanked God for protecting him and his government as they navigated the obstacles in their path. He asserted that his government would remain intact regardless of the enemy’s moves. “We don’t ask anyone, we just ask Allah,” Elahi said, adding that “He (Allah) is protecting us”. The assembly session was later adjourned until 2pm on December 26 (Monday).

Speaking to the media outside the PA, PML-N MPA Rana Mashhood said the opposition had boycotted the session as the LHC was still hearing Elahi’s plea challenging the governor’s move to de-notify him. Mashhood maintained that the assembly could not pass any resolution or bill till the court announced a judgement. “We boycotted the Punjab Assembly today because the court is still hearing the case,” he said.

The PML-N leader added that CM Elahi would have to face the vote of confidence if the court ruled in his favour. “The LHC has asked them (Elahi government) to give an undertaking that assemblies won’t be dissolved and to proceed with the vote of confidence.” He went on to say that Punjab would soon get a new chief minister, adding that the post would go to PML-N’s Hamza Shehbaz. PML-N, PPP withdraw no-trust motion against Elahi

Earlier today, PML-N and PPP leaders withdrew the no-confidence motion against Elahi as the parties considered it unnecessary after the PML-Q leader “ceased to be the chief minister” following his de-notification.

The opposition leaders headed by PML-N chief whip Tahir Khalil Sindhu reached the PA to withdraw their no-confidence motion submitted on Monday, citing that the governor’s notification to remove Elahi as chief minister yesterday made the notice “infructuous”. The application was formally received by PA Secretary Inayatullah Lak. Sindhu clarified that only the no-trust motion against Elahi had been withdrawn and the ones against the PA Speaker Sibtain Khan and the deputy speaker would remain. In a tweet, Railways Minister Khawaja Saad Rafique reiterated the reasoning for the withdrawal. “Both Punjab and Khyber Pakhtunkhwa assemblies are now secure,” Rafique said on Twitter. “PTI should perform in their remaining governments instead of making failed attempts to create agitation and chaos.”