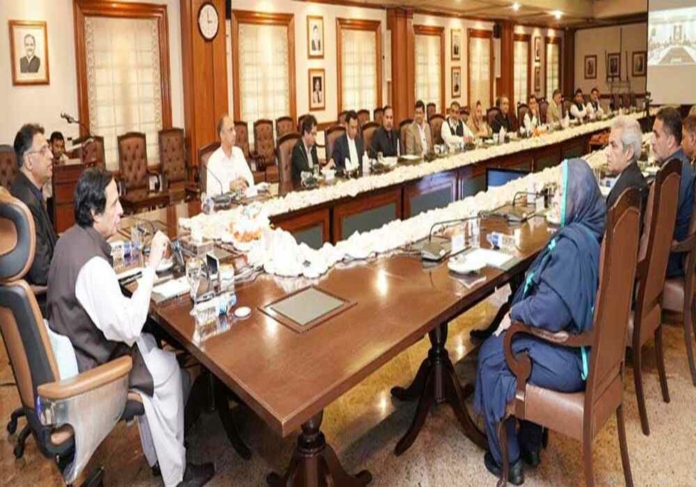 Chairing a meeting in this respect in Toba Tek Singh, the chief minister directed police and administrative officials to ensure the best security arrangements for the long march caravan to be led by PTI leader Asad Umer for the Toba Tek Singh route.

The meeting was informed that the long march caravan would reach Rawalpindi after passing through Jhang, Faisalabad, Jaranwala, Chiniot and other cities. PTI Chairman Imran Khan would address the participants of the long march via a video link, the meeting was further told.

The chief minister directed the authorities concerned to put in order foolproof security arrangements for the long march. He said that long march route would be monitored through drone and CCTV cameras and police commandos would be deployed on rooftops to maintain law and order, asserting that the security plan would be implemented in letter and spirit.

Elahi called for making adequate food arrangements for security personnel and other officials to be deputed, asserting that the police control room would work round the clock.

Focal persons had been appointed in every district of the route in consultation with the PTI leadership and high-level security would be provided to political leaders and the participants of the long march, he maintained.

The CM also called for the use of bulletproof rostrum and bulletproof shields on the long march container.

He said that police and the administration, through excellent coordination, should leave no stone un-turned to safeguard the lives and property of the people, and alternate arrangements should also be made to maintain the traffic flow. He directed the coordination committee to hold meetings on a daily basis and take steps according to the situation.

Meanwhile, the chief minister felicitated the Pakistan cricket team for trouncing New Zealand team in the first semi-final of the T-20 World Cup.

Separately, Parvez Elahi has sought a report from Gujranwala regional police officer (RPO) on a triple-murder case in Sialkot and ordered an immediate arrest of the accused.