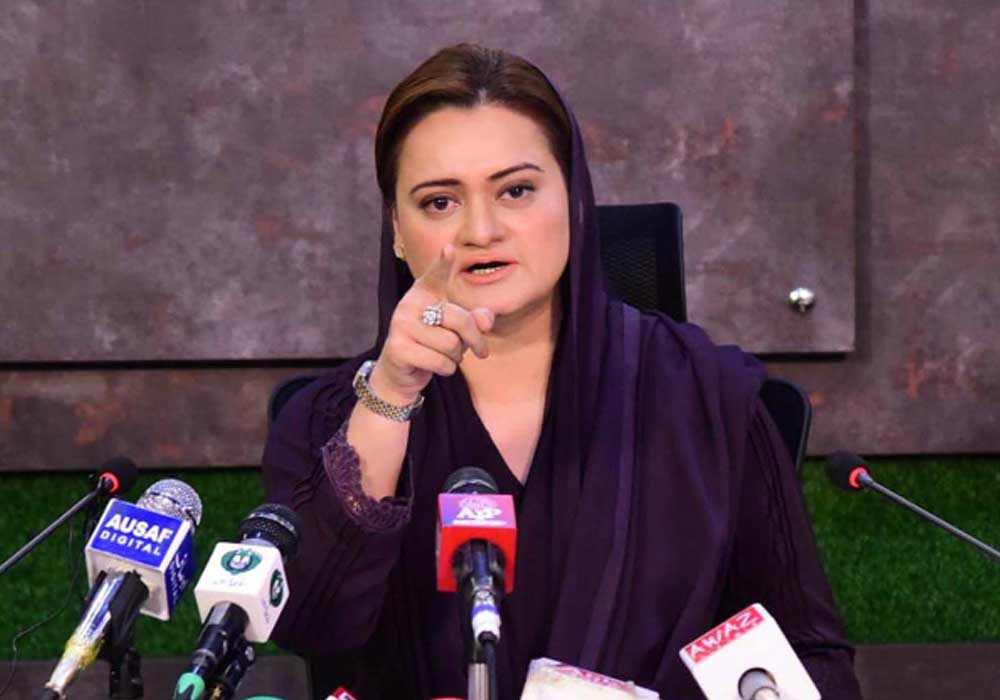 Federal Interior Minister Maryam Aurangzeb has said that If Imran Khan knew about the incident beforehand then who should be responsible for the death in the incident?

Addressing a press conference she said that Imran Khan does not tell the nation that he was brought into power by failing the RTS system.

Maryam said that Imran Khan has said that the planning of the attack was made by three. She asked why should the three people resign and what have they got to do with the incident.

She further said that the incident took place in Punjab so they should investigate because they are the government there. She also said that Shaukat Khanum Hospital was being used for political purposes.

The information minister said that Imran Khan was involved in buying votes in Senate and now again he has just made accusations but has not provided any single evidence. She also said that he has not yet been able to give an answer over the accusation of Rs1,100 billion.

Maryam said that Imran Khan has not even gone through the medico-legal process as per law and he had been putting his political opponents in jails during his government.