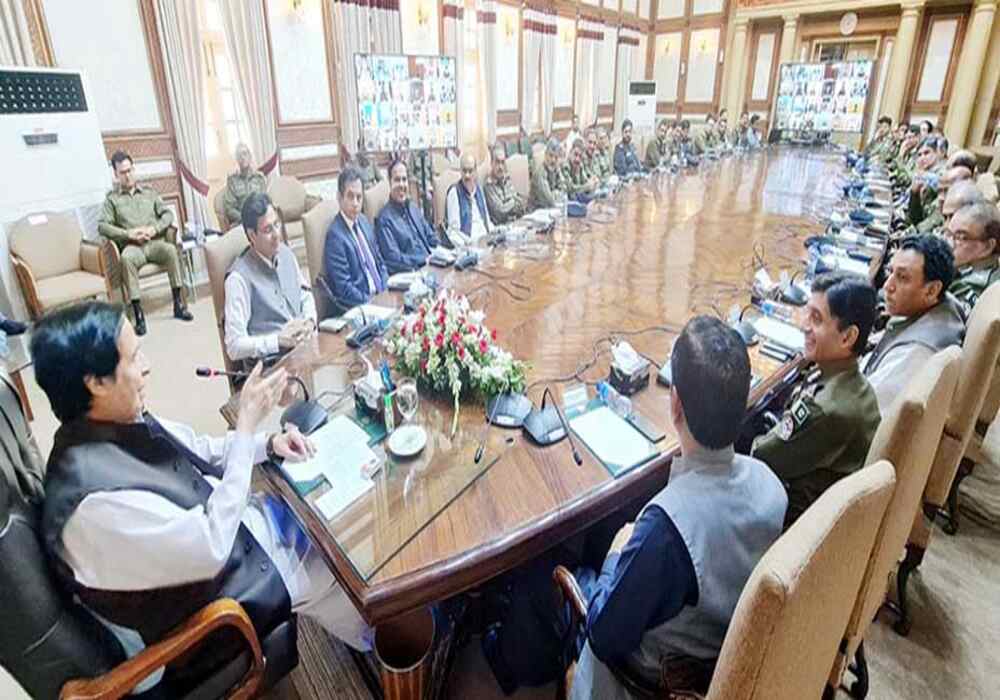 Chief Minister Punjab Chaudhry Parvez Elahi on Monday presided over a police conference at Darbar Hall, Civil Secretariat. While addressing the police conference, the CM said that no officer from Punjab would return unlawfully without “our permission”, adding that the Punjab government can stop the officers constitutionally and lawfully under the public interest.

He revealed that the government would enhance the residential facilities for the officers in GOR, adding that the size of big houses, residences of GOR would be cut down and apartments would be built as many residences in GOR consist of 8 kanals. He highlighted that the construction of latest apartments in place of 8 kanal houses would cater to the residential needs of the officers.

Elahi highlighted that when the attitude of a common man changes about the police, only then the police culture would change. He asserted that the need for the common man should not arise to visit the police station frequently for the redressal of their grievances.

He directed that FIR should be strong according to law, adding that the investigation process should be improved and be made effective so that the culprits could not escape punishments.

He disclosed that the police officers holding law degrees would be made investigation officers as losing the case due to weak investigation causes embarrassment.

The CM stated that the patrolling police force had been set up for the assistance of Punjab Police, adding that the government would also resolve other issues of the police.

He said that the government was providing vehicles for the police and asserted that three copies of FIRs for monitoring should be sent to the CM Monitoring Cell, the DIG and the SSP concerned.

He revealed that the government was reviewing seting up a force consisting of retired army commandos for the rural areas.

He paid tributes to the police officers and the staff members for showing excellent performance to maintain law and order during Muharramul Haram. He stated that he himself monitored the law and order arrangements during the chehlum of Hazrat Imam Hussain (AS) and Shuhada-e-Karbala. He said that he always adopted a mild attitude towards officers and the staff members as a chief minister and previously as Punjab Assembly speaker.

It was agreed to continue measures for the rehabilitation and resettlement of the flood victims more efficiently.

Elahi thanked Zafar Aslam for the valuable services of the PAF in helping and rehabilitating the flood victims. He noted that people were timely rescued by the Pakistan Air Force in the affected areas. “On behalf of the Punjab government, I pay tribute to the air force officials engaged in relief activities,” the CM said, and stressed that the rehabilitation of flood victims was a priority.