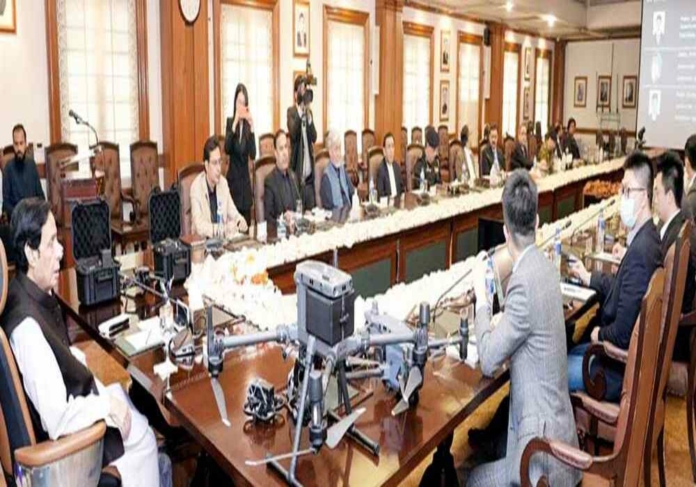 Chief Minister Punjab Chaudhry Parvez Elahi made a historic decision with regard to public safety and provision of facilities to the people.

Elahi said that street crimes and other crimes will be overcome in the province with the help of drone technology. The drone cameras will prove to be beneficial in bringing the culprits and other elements in the stern grip of the law and will help effectively monitor rallies and processions, especially during Muharram-ul-Haram and other religious festivals. He said that a highly unpleasant incident occurred with a woman in 2021, and added that with the help of drone cameras such incidents could be prevented in the future with the monitoring of parks and other recreational sites.

The parks and recreational sites can be effectively monitored and any unpleasant incident can be immediately reported and the concerned departments will be able to give a timely response in this regard. He highlighted that with the help of night vision drone cameras the law & order situation can be improved during night time. CM informed that the advance information about floods can also be obtained with the help of drone technology and the flow of water in the rivers can be monitored 24 hours.

He stated that an effective spray can be possible on the fields with the help of big drones. Locust and other insects can be eradicated before time and agri production will be increased. It will also help to make correct estimates of the production of fields adding that surveillance of mining activities in the salt range and on ground work can also be correctly ascertained along with the accurate number of trees can be estimated through the drone technology. The usages of drone technology hold a great significance to save precious lives during any natural calamity. CM stated that with the help of drone cameras many precious lives can be saved with regard to the rescue activities. He disclosed that a separate wing will be established in Punjab for implementation on this programme and the usage of drone technology.

The staff will be imparted training by a Chinese company about the usage of drone technology. CM directed the police and other departments concerned to formulate their final recommendations for taking drone cameras and added that the concerned departments should submit their final reports at the earliest keeping in view their needs. The CM assured reviewing giving the status of tehsil to Dijkot on the request of MPA Malik Umar Farooq and said that new districts and tehsils have been created for the convenience of the people. The new administrative units would provide real relief by solving public problems at their doorstep, he maintained.