The British Backpacker Society has said that Pakistan has the world’s top travelling destinations, describing the state as one of the friendliest countries 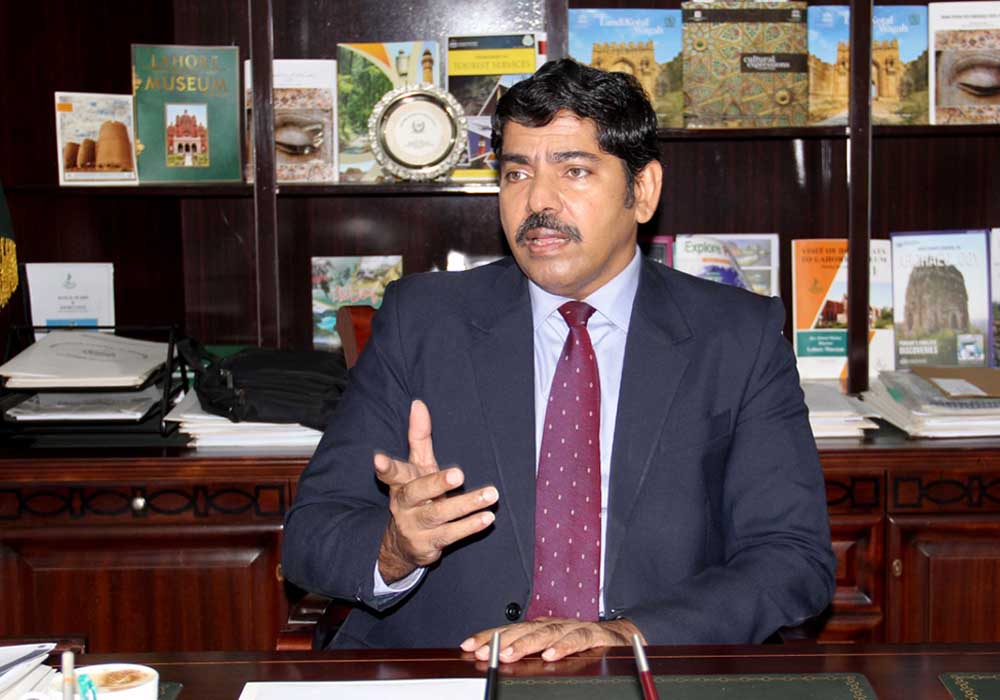 The tourism industry engages one billion people annually who travel to tourist destinations around the world to satiate their thirst for knowing new places and understanding history. The tourism sector made up 10% of the global GDP in 2019 and was worth almost nine trillion dollars. In 2019, travel & tourism was one of the world’s largest sectors, accounting for 10.4% of global GDP (USD 9.2 trillion), 10.6% of all jobs (334 million), and was responsible for creating one in four of all new jobs across the world. Revenue in the travel & tourism market is projected to reach $716.80 billion in 2022. Commonly, every country wishes to be a hub of tourism to support the national economy and international image.

The British Backpacker Society had said that Pakistan has the world’s top travelling destinations describing the state as one of the friendliest countries. Besides all four seasons, there are the high Himalayas, deep seas, wild snowfalls, vast plains, deserts, and diverse forests in Pakistan. Pakistan also has UNESCO World Heritage like Mohenjo Daro, Shalimar Garden, Rohtas Fort, and Taxila relics among others.

About 80% of eight million Sikhs outside India could be attracted to visit their ‘Mecca and Madina in Pakistan’. Meanwhile, sacred Buddhist places in the two provinces, Punjab and KP, may also attract the global Buddhist community.

It is to be noted that Indonesia has an 82-billion-dollar tourism industry which is 9.6% of the GDP; Thailand has 20%, Malaysia 16%, while Pakistan, as per the World Travel And Tourism Council report of 2017, has only $19.4 billion. It is only 7% of the GDP. The Maldives, a tiny island country, has 72%. Pakistan has the potential of earning $36 billion by 2030 if things are properly planned.

I have got a chance to talk to Punjab Tourism Secretary Ehsan Bhutta who wants to take tourism to new heights and also make it a profitable business. Bhutta told that he became the secretary in this department for the second time. Punjab is a natural beauty and has all kinds of cultures, four kinds of weather and a glorious past to attract tourists.
He stated that he wants to revolutionalise the tourism sector.

He maintained that international tourism has been badly affected due to terrorism and COVID-19 in Pakistan. He has, therefore, decided to focus on domestic travelling and tourism. There is a hidden treasure of tourism everywhere in Pakistan that, unfortunately, could not be explored to date. Responding to a query on challenges, he said there are many security and cultural considerations but, now, the situation is much better for tourists.

Eva Zu Beck, a traveller, has travelled all over Pakistan alone and told the world that Pakistan is a safe country for tourists.

The secretary said that the Punjab Tourism Squad, which he has formed and has been initially deployed in Murree after necessary training, will make the hilly areas more secure for tourists. The squad will protect tourists against the misbehaviour of the hotel administrations. He said that tourists can visit places day and night without any danger to their lives or property.

Talking about the scope of religious tourism, he said that “our neighbour India does not want Pakistan to earn dollars from tourism. Kartarpur Corridor was designed to attract 5,000 Sikhs daily but it is not more than 200 to 300 people due to Hindutva dominated Indian government’s machinations. In fact, India is the soft underbelly of South Asia.”

The global Sikh community had desired that they wanted to build the international airport in Nankana Sahib with their own money, but the same couldn’t be done, despite all the efforts. However, it became the district headquarters. Pakistan has, hitherto, failed to build the airport for free. This is, arguably, a foreign policy failure.

After seeing never-ending conflicts between the neighbouring countries regarding Sikh tourists, we have started to attract the Buddhist community, apprised the tourism secretary. The followers of Buddhism had openly offered to pay all the foreign debts of Pakistan in exchange for the ‘Fasting Buddha’ statue at Lahore Museum but Pakistan refused to do so. Bhutta said that this is the only statue in the world that exists exclusively in Pakistan. He said that the Taxila Museum is also full of Gandhara art and remains of Buddhism. The chief monk is on a visit to Pakistan for a two-month visit and he also wants to visit the Lahore Museum where this statue is put on display.

He said that his department initially trained 100 youth by the TDCP and Rescue 1122. Now, they were posted as guides and facilitators in Murree. Later, they will be posted across Punjab. Contrary to the police, they have been appointed to help the tourists.

He also lauded the role of the government which had made tourism a priority. It has planned to outsource the network of resorts. Apart from that, the rest houses of the irrigation department, earlier handed over to the tourism dept, are also being renovated. They will be open for tourists soon, he asserted.

Talking about earnings, he said that the department gets around 35-40 crores annually from the chairlift contract of Patriata in Murree. Apart from this, his department has signed agreements with LUMS, Beaconhouse, Punjab University and other institutions to jointly work for the promotion of tourism. The Beaconhouse has desired to invest about Rs5 million for a plantation in Hiran Minar Sheikhupura. “We have reached an agreement with the Army Museum and our visitors will, now, be able to go inside it. Moreover, we will also run double-decker buses for tourists in all the divisional headquarters soon,” he informed.

Apart from this, he said, “We have put several neglected monuments to display including Bara Dari by Ranjit Singh in Lahore and Pakistan’s oldest Aimanabad Mosque in Gujranwala which was built in 1470. Others include Sher Shah Suri’s Baoli and Dak.” He added that Chief Secretary Kamran Ali Afzal paid special attention to tourism and his cooperation is commendable.

There are weak and strong tourism pockets in Punjab and there is a bulk of incoming tourist flow into the northern areas in summer. Bhutta further said, “We have a competitive tourism advantage over neighbouring countries because there is rural tourism, cultural, and religious tourism.”