Putin, Erdogan in Iran for talks on Syria, future of Middle East 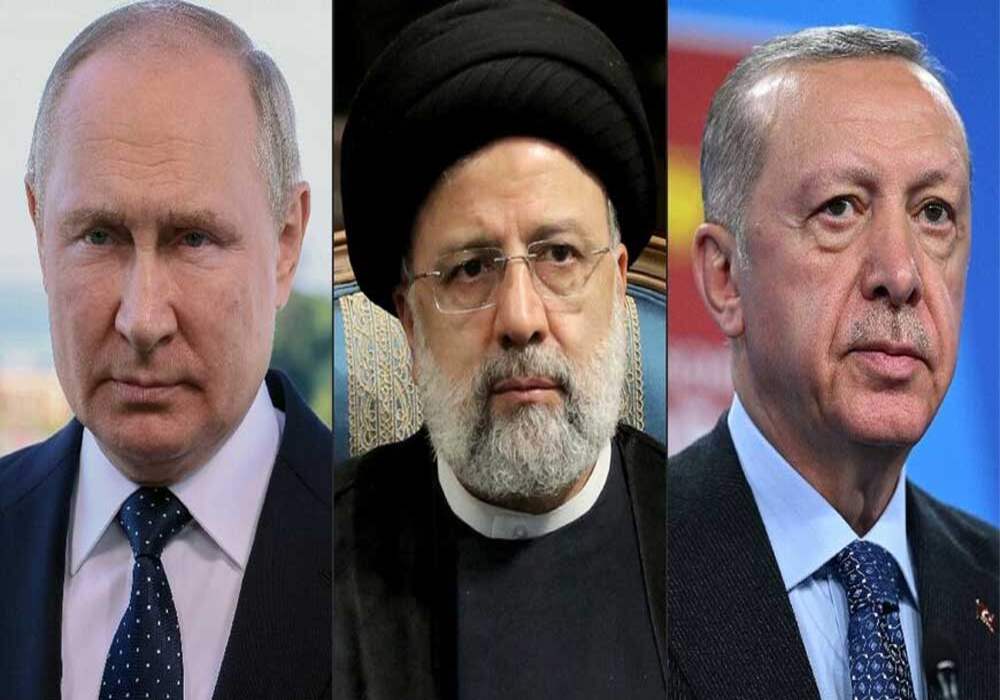 Putin and Erdogan are currently in Iran for talks on Syria and the future of the Middle East, where the two presidents will hold talks with Iranian counterpart Raisi.

The goal of the July 18-19 meeting in Iran is part of Astana process [Syrian peace talks in Kazakhstan’s Astana] that can significantly impact Syria, the Jerusalem Post has reported.

The Syrian regime backed by Russia and Iran controls major cities whereas northwest Syria is controlled by Turkey and eastern Syria is under control of US-backed Syrian Democratic Forces.

A statement issued from the Turkish Presidential Office has said, “As part of the visit, the seventh meeting of the top-level Turkish-Iranian Cooperation Council will be held on July 19. It is planned to approve steps on the further development of bilateral relations. Along with bilateral matters, it is also planned to discuss regional and global issues.”

Developments in Syria along with the fight against terrorist organizations will be discussed among the three countries.

According to foreign media reports, Putin’s visit of Iran is intended to deepen ties with regional heavyweights amid a grinding campaign in Ukraine. President Putin’s talks with Iranian and Turkish presidents will potentially also see resumption of Ukraine’s grain exports for easing global food crisis discussed.