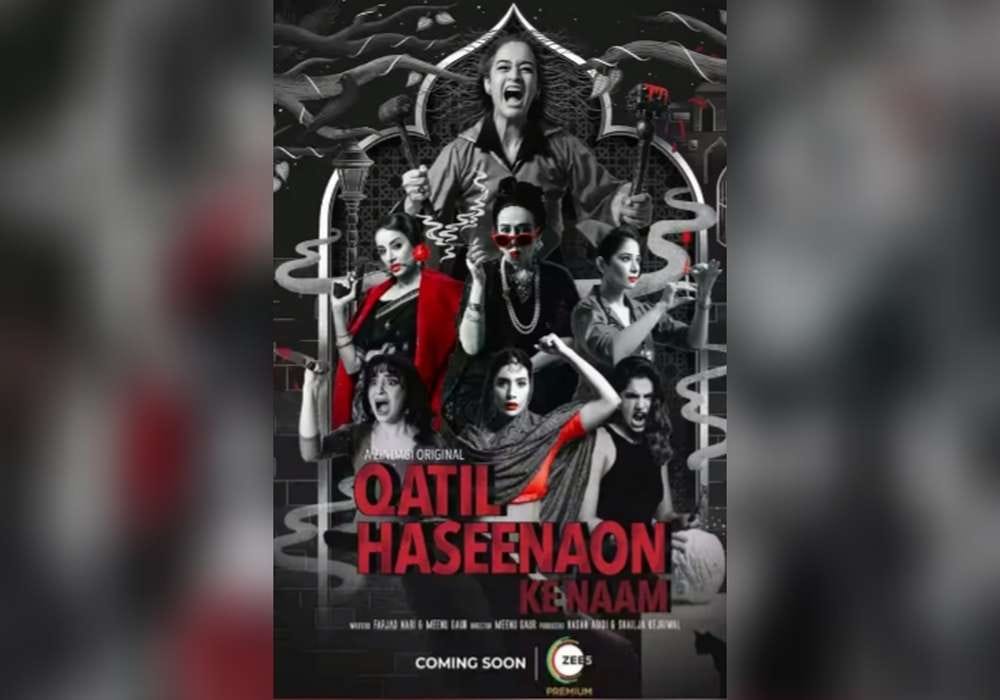 Modern content producers do not seem to be coming slow, especially the ones working together in Indo-Pak collaborations for Zee5.

Starring strong-headed Pakistani actresses who seem to be the apt choices for this feminist series, such as Sarwat Gillani, Mehar Bano, Faiza Gilani, Beo Raana Zafar and Sanam Saeed, Qaatil Haseenaon Ke Naamâ€™s teaser has been released with the caption â€˜Born to kill, not kneelâ€™.

The black background of the poster with tinctures of blood red well complement the promised theme of the series, that of rebellion and resistance. Against the dim coloured background symbolizing the grimness of a misogynistic society like ours, the warrior women carry traces of red in their attires, suggesting that the bleak future will not continue to remain as such if they decide to pull out their knives whenever and wherever required. The open use of blood red hue also suggests the women taking the law in their own hands after having waited for it for years to stand for them.

Qaatil Haseenaon Ke Naam definitely promises to be a game changer, with beautiful women not surrendering at all, showing that they can’t be easily subjected to objectification.