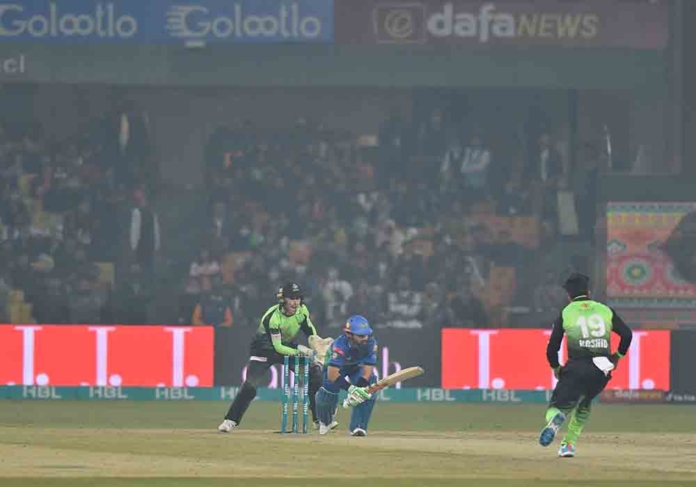 In the pursuit of 183 runs, the entire team of Multan Sultans were bowled out at 130 runs. This is the fourth victory of Lahore Qalandars in the tournament.

They have now reached the second position in the points table with eight points.

In pursuit of the target, Multan Sultans seemed to be under pressure for the first time in the tournament. None of the batsmen of Multan Sultans could stand up in front of the bowling of Lahore Qalandars.

Only four batsmen of Multan Sultans could enter the double figures. Sohaib Maqsood 29, Tim David 24, Khushdal Shah 22 and Muhammad Rizwan were all out for 20 runs.

Earlier, batting first at the invitation of Multan Sultans, Lahore Qalandars scored 182 runs for the loss of 4 wickets in the stipulated 20 overs. Despite losing the inform opener Abdullah Shafiq’s wicket on a total score of five, Lahore Qalandars batsmen Kamran Ghulam and opener Fakhar Zaman made an excellent partnership of 86.

Fakhar Zaman scored 60 off 37 balls with a strike rate of 162. His innings included 5 fours and 2 sixes. Kamran Ghulam scored 42 runs with 6 fours.

However, Mohammad Hafeez and Phil Salt took out the fraction. Muhammad Hafeez made 43 off 29 balls with the help of one four and three sixes. Phil Salt remained unbeaten on 26 off 13 balls. Anwar Ali, Imran Tahir, Shahnawaz Dhani and Abbas Afridi took one wicket each.