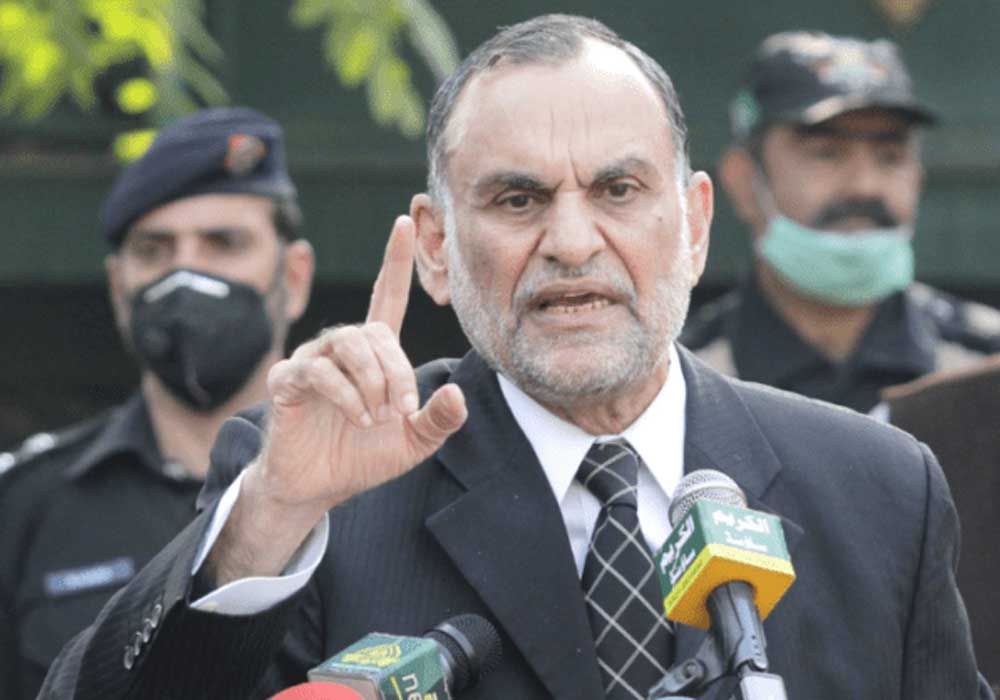 A local judicial magistrate on Sunday authorized the police to physically detain PTI politician Azam Swati for three days in connection with a contentious statement case.

The Qambar police brought Swati before the court of the Judicial Magistrate and Civil Judge Qambar to request the PTI leader’s physical remand.

The Sindh Police on Saturday shifted detained PTI leader Azam Swati from Balochistan to a police station in Qambar. The PTI leader was arrested last month for tweeting against senior military officers.

The move came after the Balochistan High Court (BHC) Friday ruled that all the first information reports (FIRs) registered against Swati in the province be declared null and void and ordered his release.

The Sindh Police, after gaining custody of Swati from the Balochistan Police, shifted him to Sukkur via a special plane, officials said.

The detained PTI leader was handed over to Sindh police on two-day transit remand by the judicial magistrate a day earlier.

Swati was booked in these cases across the country for his controversial tweets against military officials. He was first arrested in the case of a controversial tweet in October, after he posted a highly-hateful and threatening message against the army chief, judiciary, and other state institutions, on his official Twitter account. The senator secured bail in that case.

But on November 27, the Federal Investigation Agency (FIA) once again arrested him for using abusive language against senior military officers, including the then-army chief.