Qatar World Cup organizers would declare on Friday that no alcoholic beverage will be distributed to spectators at Qatar’s stadiums.

The announcement is anticipated to be made two days before the World Cup’s opening match on Sunday. This will be the first time the World Cup has been staged in a devoutly Muslim nation with strict alcohol consumption laws.

According to Reuters, “a higher number of fans are attending from throughout the Middle East and South Asia, where alcohol doesn’t play such a significant role in the culture.”

Three hours before and one hour after each game, the alcoholic drink could be purchased inside the ticketed zone surrounding each of the eight stadiums because Budweiser, a key World Cup sponsor has exclusive rights to sell beer at the competition.

The source claimed that lengthy discussions between Budweiser, FIFA president Gianni Infantino, and representatives of Qatar’s Supreme Committee for Delivery and Legacy (SC), which is in charge of organizing the World Cup, resulted in the policy’s reversal.

Visitors cannot carry alcohol into Qatar even from the duty-free area of the airport and the majority cannot purchase it at the lone liquor shop in the nation. Some hotels include bars where you may purchase alcohol. 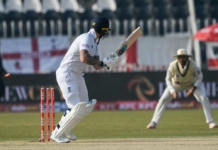