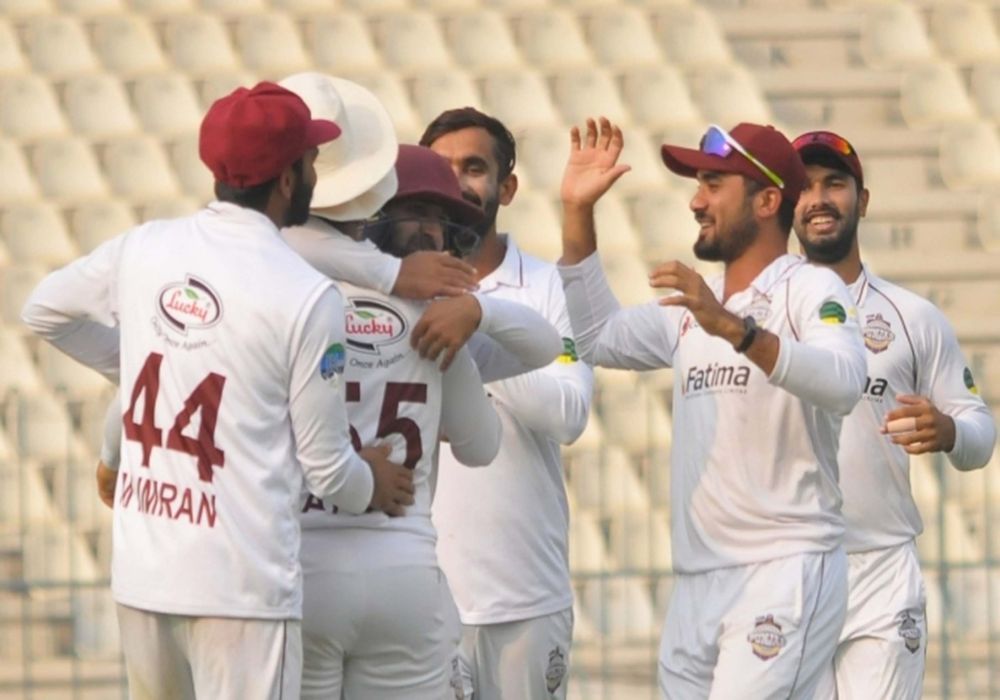 Southern Punjab pocketed 16 crucial points with a thumping 10-wicket win over Northern at Multan Cricket Stadium on the final day of round four of Quaid-e-Azam Trophy 2021-22. With the win, Southern Punjab are now positioned at the top of the points table.

Northern, batting for the second time in the match, had a 56-run deficit with only four wickets in hand when the final day’s play began and Southern Punjab bowlers rolled them out for 231. Across the innings, Imran Rafiq took four wickets and Mohammad Abbas and Zia-ul-Haq bagged three wickets each. The only resistance Southern Punjab faced on Saturday was from Mubasir Khan, who made 50 off 97.

Southern Punjab needed only one run to win, which was scored by Ali Usman.

The total points Southern Punjab bagged from this match are 25 with nine points for batting and bowling.

At Faisalabad’s Iqbal Stadium, Nabi Gul and Khalid Usman struck centuries, while Raza-ul-Hasan took five for 160 as the match between Khyber Pakhtunkhwa and Balochistan ended in a draw.

Khyber Pakhtunkhwa also bagged five batting points for breaching the 400-run mark in 100 overs. Balochistan were 58 for none in 23 overs when stumps were drawn. Both teams got five points each for securing draw.