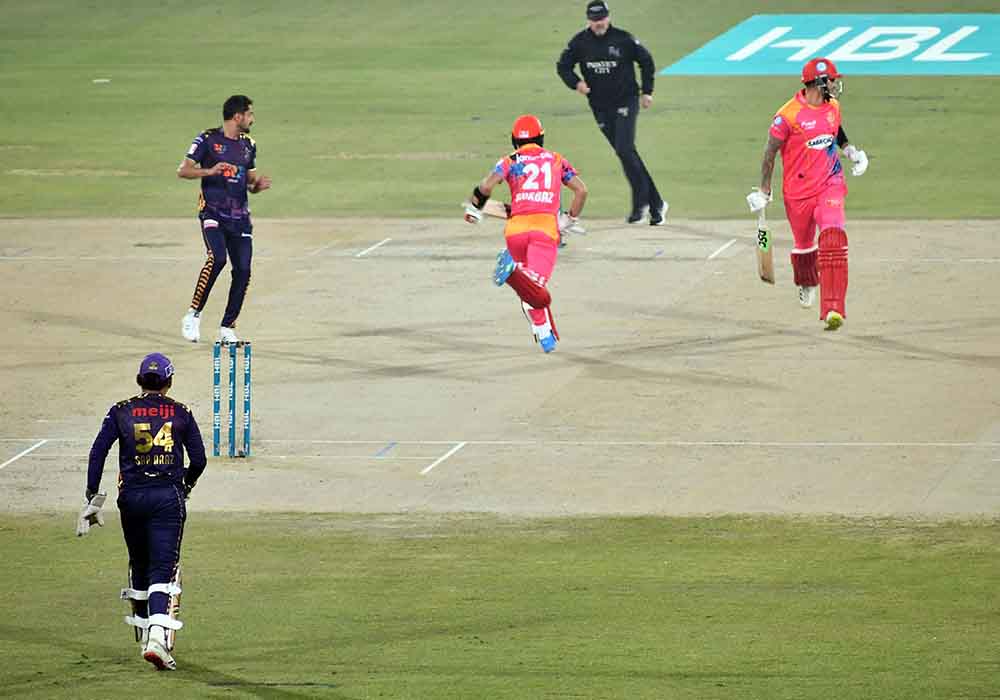 Sarfaraz Ahmed was declared man of the match for scoring 50 runs off 32 balls.

Gladiators scored 203 runs while chasing 200 and beat United by 5 wickets during match 18 of the Pakistan Super League’s (PSL) seventh edition.

United – who handed a 200-run target to Gladiators – were provided with a quick-fire 48-run opening stand by Hales and Rehmanullah Gurbaz. Gurbaz was clean bowled by Naseem Shah, but Hales continued to carve out runs.

Hales also launched a 52-run second-wicket stand with United skipper Shadab Khan, who could only manage to score 12 runs. Hales scored 62 runs off 38 balls with four sixes and four fours.

Other batters Asif Ali, Azam Khan, Mohammad Akhlaq, and Liam Dawson also failed to play a huge knock. But it was Faheem Ashraf, who came to the rescue as he played a brilliant inning of 55 runs off 28 balls with the help of four sixes and five fours.

In the end, Mohammad Wasim launched two successive sixes to take the total to 199.

For Gladiators, all the bowlers went to the cleaners except Shahid Afridi and Noor Ahmed by registering a brilliant economy rate of 6.75.

Afridi took two wickets for 27 runs in four overs, while Noor took one by giving away 27 runs in the four-over spell.

Gladiators are currently on the fourth position in the points table after Islamabad United.
Multan Sultans continue to top the points table followed by Lahore Qalandars while Karachi Kings are at the last spot.