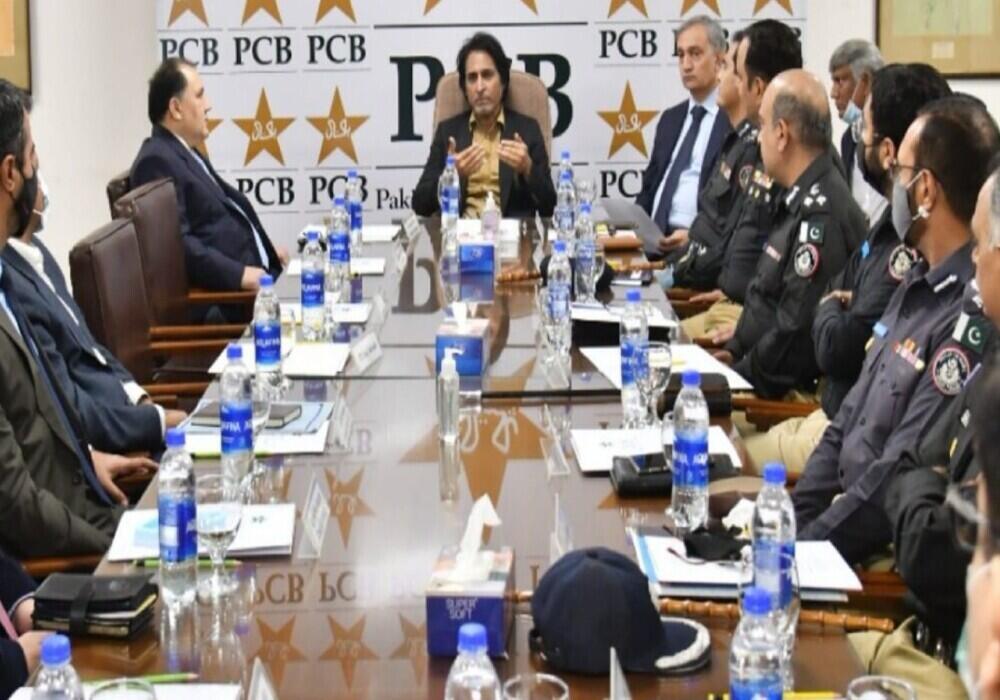 Chairman of the Pakistan Cricket Board (PCB) Ramiz Raja discussed and reviewed preparations for the upcoming HBL PSL-7th edition, starting at the National Stadium Karachi from January 27 to February 07, here on Tuesday.

According to a PCB spokesman, the PCB Chairman spent a busy day in the city as arrangements for the first leg of the seventh edition of HBL PSL were in the full swing.

In the morning, Ramiz Raja called on the Chief Minister Sindh Murad Ali Shah and discussed various PCB initiatives for talent-hunt and grooming in Sindh, renovation of cricket grounds, development of high performance centres besides plans for the successful hosting of the HBL PSL in Karachi.

Later, he met the senior police officials, district administrators, Sindh government officials and security officials, who would be involved in the staging of the HBL PSL Karachi-leg.

They discussed all possible means and measures to ensure smooth entry of the cricket fans while providing them with world-class facilities including the provisions of a fan park.

All stakeholders extended their full cooperation to the PCB initiatives for fan engagement and ease of security clearance and operations at the National Stadium for the spectators.

The PCB and all relevant stakeholders would work closely to provide cricket fans in Karachi the best possible experience for the HBL PSL in the days to come. Similar plans were also being brought in shape for the HBL PSL 7 Lahore-leg, following the Karachi-leg from 10 February.