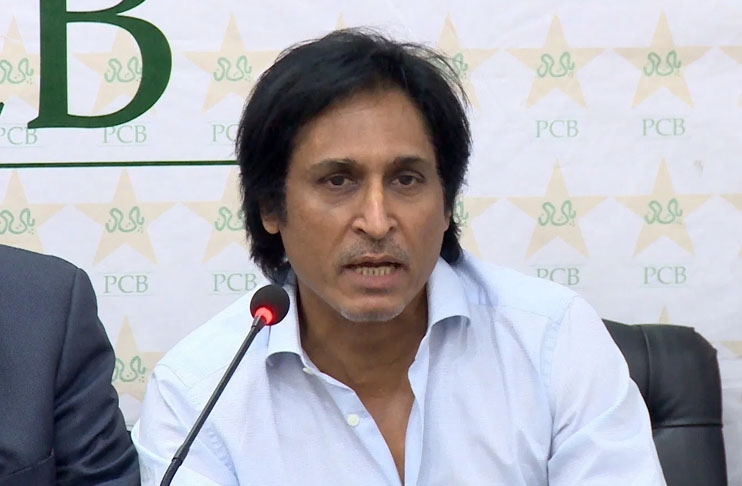 Pakistan Cricket Board (PCB) Chairman Ramiz Raja on Saturday asked national players to remain calm and release frustration caused by the New Zealand’s irrational and one sided decision to cancel the series.

“Whatever frustration and anger you have, release it through your performance. This is the best cure to show the world. When you become a top world side, others will start lining up to play series against you,” he said in a video message.

“There is no need to get disappointed. Everyone will want to play against you. So I want us to learn a lesson from it and move forward while being strong. I understand that this [situation] has put a lot of pressure on [both] Pakistan’s international cricket and cricket at home. But we will do whatever we can and you will get good news and results in the future,” he added.

Ramiz said, the board was fully at the back of Pakistan team and it had to become a world-class side so that it could overcome such challenges with ease and move forward.
Addressing the fans, he asked them to support their team and not to lose hope. “I equally share your pain and I hope will remain together to take Pakistan cricket forward.”

“Whatever happened was not good for Pakistan cricket. This is unfortunate scenario as we were not expecting it. We have experienced such situations in the past too but we have always moved forward.We challenge the world on the basis of our fight to survive. We will once again challenge the world,” he added.

Ramiz said Pakistan would soon come out of the situation.
“If we are not coming out of it [quickly], even then we have so much resilience, confidence and courage to create a world-class side while playing at the domestic level.” The PCB chairman asked the fans to continue backing the national team, especially in the upcoming ICC T20 World Cup.

On Friday, the New Zealand team pulled out of its Pakistan tour citing security concerns minutes before the start of first scheduled ODI at the Pindi Cricket Stadium, Rawalpindi.
As ECB decides on tour, Shahid Afridi reminds England of “Pakistan’s ‘support”.

Shahid Afridi, the former captain of Pakistan’s cricket team, said on Saturday that the England Cricket Board (ECB) should acknowledge Pakistan Cricket Board (PCB). “It is time for @ecb cricket to express their appreciation for @therealpcb through actions and not words,” Afridi wrote on Twitter.

The post comes after the ECB said it will decide on its visit to Pakistan within the next 24-48 hours, following the cancellation of New Zealand’s travel due to a “security alert.”
“Despite the mind-boggling @blackcaps decision, Pakistan remains a safe location to tour,” Afridi informed foreign cricketers.

Highlighting the Pakistan-England series in 2020 – when Pakistan went to England despite COVID-19 – the former cricketer said: “ECB should not forget our support for them last year in a very tough COVID-19 situation.” It is pertinent to mention here that Pakistan played a three-match Twenty20 International at Old Trafford in September and concluded their tour of England on a high note when they edged England by five runs to share honours. It was, however, Pakistan’s only win on the tour after they got beaten 1-0 in the three-Test series.