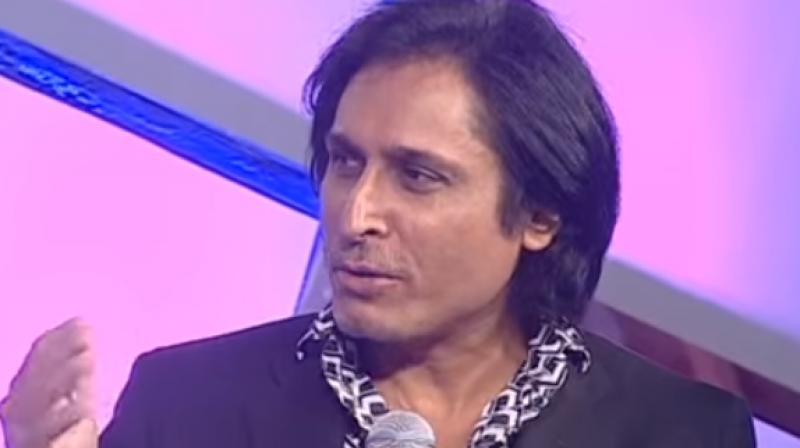 Cricket fans had much to say after Pakistan Cricket Board (PCB) Chairman Ramiz Raja said that the Pakistan cricket team was going through an ‘identity crisis’ and suffered from low morale like the rest of the country.

Raja appeared on a private TV channel and said that there was a general lack of self confidence amongst cricket players ahead of the T20 World cup that would begin next month. Raja recalled that Pakistan’s 1992 World Cup win was fuelled in part by high spirited players who often fixed their morale by listening to Nusrat Fateh Ali Khan’s qawwalis and suggested that similar support was needed currently as well.

He further weighed in on the steps required to boost the team’s confidence and spoke about Pakistan cricket team captain Babar Azam who he said had a month’s time to ‘grow up’ and encourage the team to victory.

All hopes with @RFAKWorld now. Only he can make us win this World Cup https://t.co/PJDaZSsWcS

One user sarcastically said that people had wrongly given Prime Minister Imran Khan credit for the win about 20 years ago, even though Nusrat Fateh Ali Khan was the real reason behind the success.

Another user responded that the idea behind using music to raise spirits was not new. He recalled that Federal Planning, Development, Reforms and Special Initiatives Minister Asad Umar believed that Junaid Jamshed’s music could fix Pakistan. The user had referred to a 2018 incident in which Umar had tweeted that music could help the Pakistan Tehreek-i-Insaf (PTI) government define its approach to politics.

While most were amused by Raja giving credit to music for helping player win the World Cup, some felt the chairman placed undue pressure on players. One foreboded that the stress on Azam might affect his performance negatively.

My biggest fear is that Ramiz will damage Babar Azam's amazing performance track by putting needless pressures on him. The best batsman is on a risk here. https://t.co/M2WJSsc7Zo

Another cricket lover added that Indian player Virat Kohli was going to avoid captaincy after T20, but Azam might give up his role sooner with the amount of pressure Raja was putting on him.

A user also claimed that the team would not be able to perform well as they knew Raja would remove them from the team after anyways. He added that Raja was still behaving like a cricket commentator and should speak more thoughtfully.

Raja’s comments surfaced a few days after New Zealand and England’s cricket teams cancelled their tours in Pakistan. The Pakistan cricket team was given a pep talk the PM on Wednesday in which he specifically encouraged Azam to lead the team to victory. Azam later tweeted that it was a pleasure to learn from Khan, the ‘legend’ who was behind Pakistan’s victory in 1992.

Had a great meeting with the PM. Always a pleasure to learn from legend of the game himself. 😇🙌 pic.twitter.com/9l2M9gRfyJ

In a PCB statement that was released on Wednesday, Azam urged that fans showed up in full support for their team. Even though attendance for spectators was restricted due to the pandemic, the skipper insisted that people supported the team on TV and social media as well.