Rare leopard dies after falling from cliff in Kaghan 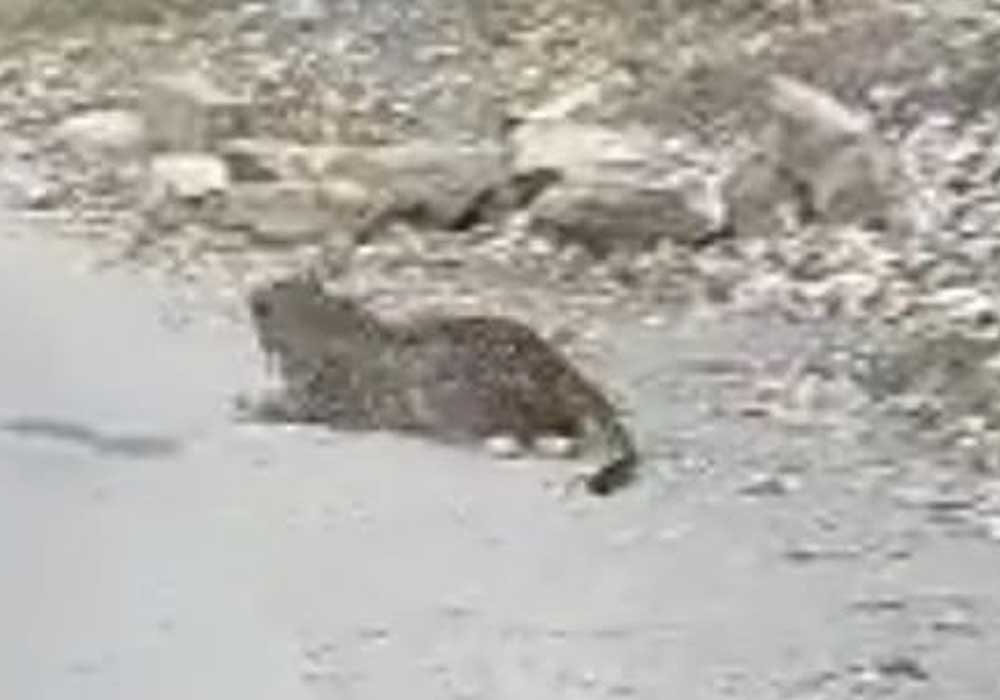 A rare leopard died from his wounds after falling from a cliff in Kaghan, Khyber Pakhtunkhwa despite all efforts by the wildlife authority to save him.

Leopard after being discovered on Sunday in an injured state at Malakandi, was rescued and relocated to the Dhodial Pheasantry.

An endangered species of leopard that lives in the mountains of Kaghan Valley was rescued by locals.

Well done to pple of Kaghan in KP for showing compassion & rescuing leopard that fell down from high cliff while chasing gorals at least 200 ft high in Malakandi National Park. Leopard sent to Mansehra for medical care. We hope animal survives ⁦@WildlifeBoard⁩ ready to help pic.twitter.com/9SxIvDJoit

Leopard faced traumatic head damage while pursuing Gorals on cliffs, and he plummeted about 200 feet.

Earlier, residents of Islamabad’s Saidpur were shocked and terrified when it was said that there were at least three adult leopards present in the area.

The people claimed that they saw leopards infiltrating the residential areas and attacking cattle. While the leopards were invisible, panicked individuals could be seen in the hazy nighttime videos that were circulated on social media. At least three leopards were reportedly seen nearby, according to local media.

Residents in Saidpur raised the alarm, and police and wildlife officers responded right away. The Islamabad Police asked the locals to maintain their composure and announced that the village has been given security.

Officials from the Islamabad Wildlife Management Board (IWMB) claimed to have surveyed the area and given the assurance that there was no need for concern.