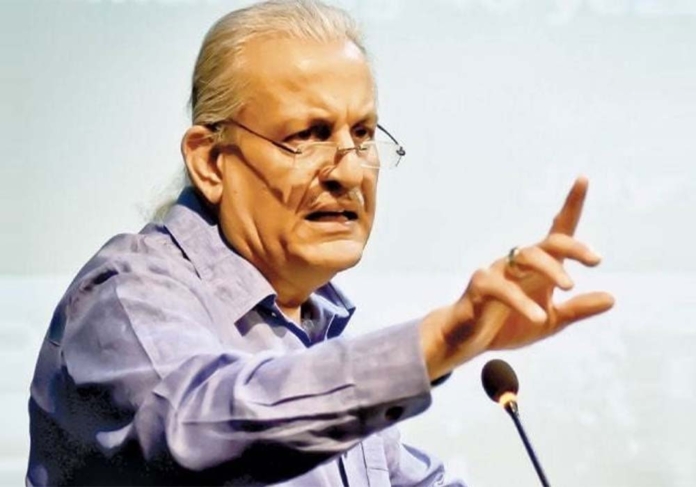 PPP Senator Raza Rabbani called for a joint session of parliament on Sunday to hold a briefing on the terrorist incident that occurred last week at the Pak-Afghan border crossing in Chaman.

The terrorist attack resulted in the death of one Frontier Corps (FC) soldier and two injuries.

Commercial activity and other cross-border movements were banned after unidentified armed persons opened fire on Pakistani security forces from inside Afghanistan on November 13.

While discussing the details of a flag meeting between the authorities from the two countries, Rabbani stated that “armed men from Afghanistan opened fire on the Pakistan security forces officers at the Friendship Gate.”

The senator added that while it’s uncertain how negotiations with Tehreek-e-Taliban Pakistan (TTP), a banned organization, are going, there has been an increase in terrorist activity in Khyber Pakhtunkhwa and Balochistan.

In his call for a joint session of parliament, Rabbani requested that a special report on the terrorist incident at the Friendship Gate and the status of negotiations with the TTP be delivered.

In addition, he requested a report on the rise in terrorist activity in the two provinces and demanded notification of any changes to the procedures for the chairman’s selection and the reformation of the parliamentary committee on national security.

A spokesperson for Pakistan’s military’s media wing stated they were investigating the incident to find out what had transpired.