Re-emergence of Taliban in Swat spreading fear among the people 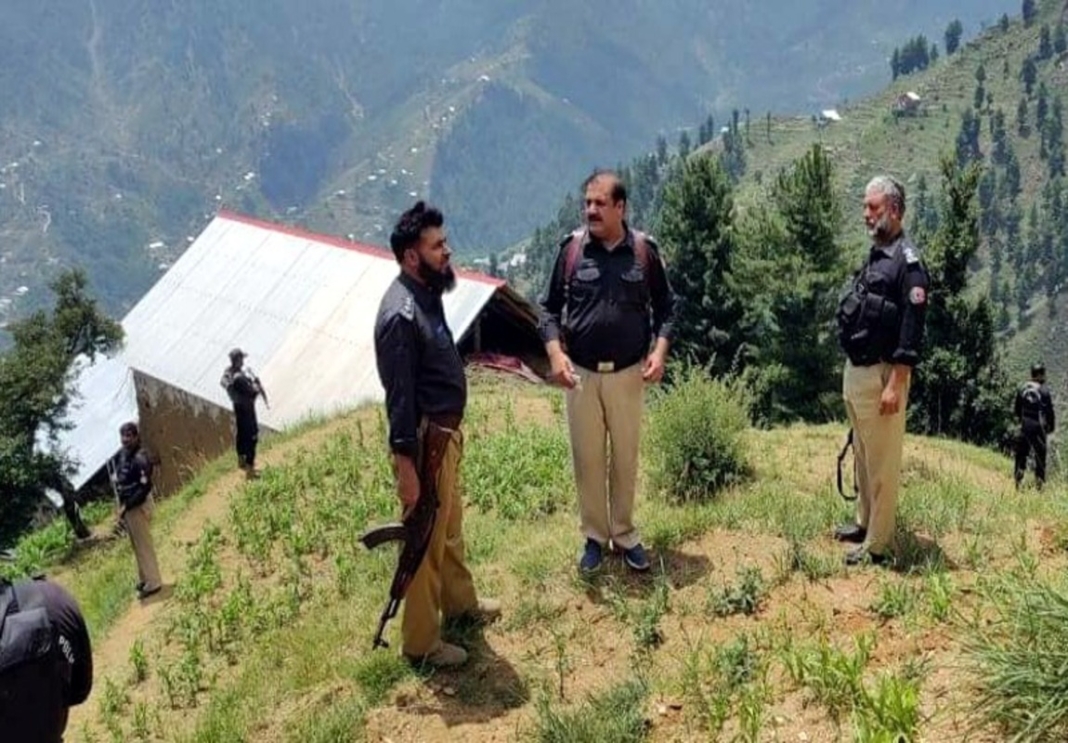 During a search operation in the Kanala area of Tehsil Matta of Swat yesterday, the Taliban fired on a police party in which five police personnel including DSP were injured. All the injured were hostage by the Taliban and after late-night negotiations, all were released.

The police personnel was engaged in a search operation in the hilly area of Kanala, during which there was a clash with the Taliban present there. According to police station Matta, five policemen including DSP Peer Syed were injured in the clash and were hostage by the Taliban.

Additional SP Arshad Khan said that a heavy police force had reached the scene and the area had been cordoned off. Late at night, there was an offer of negotiations by the Taliban, for which the local elders of Tehsil Matta and the police officers agreed and started negotiations with them.

Police sources say that negotiations were held for several hours, after which all the injured were referred to the police, while the Taliban were given a safe passage and left.

The former Chairman of Swat Press Club, Shehzad Alam, had a telephone conversation with the Taliban commander, in which the Taliban commander said that he had come to Swat because of the peace agreement, as the negotiations between their leaders with the Pakistani government were ongoing and there is a ceasefire.

The Taliban commander further said that the hostages are being released without any condition.

Police sources say that the number of Taliban in the Kanala area was around 100 who have now gone back, but the police force is still present in the area.

Earlier, the policemen of Chuprial Police Station opened fire due to the presence of suspicious persons at night while reports of the presence of Taliban in the area were received for the past one month.

After the presence of the Taliban in Swat and the clash with the police, fear has once again spread in the area and there are fears that the Taliban may challenge the government writ here.

Asif Khan, a local of Mingora said that peace was possible after many sacrifices in Swat, the story is being repeated from the events of the last few days, which has spread anxiety and restlessness among the people, government representatives including the Chief Minister Khyber Pakhtunkhwa, is still silent, which raises many questions and it’s meaningful.

It should be noted that a few days ago, the central leadership of the Awami National Party had alleged that the Chief Minister, other ministers, MPs, and MNAs were paying extortion to the Taliban.

While the central leader of ANP, Aimal Wali Khan, tweeted that the presence of Taliban in Shawar, Pyochar and other areas of Swat is proof that the government representatives of PTI are giving allowances to the Taliban.