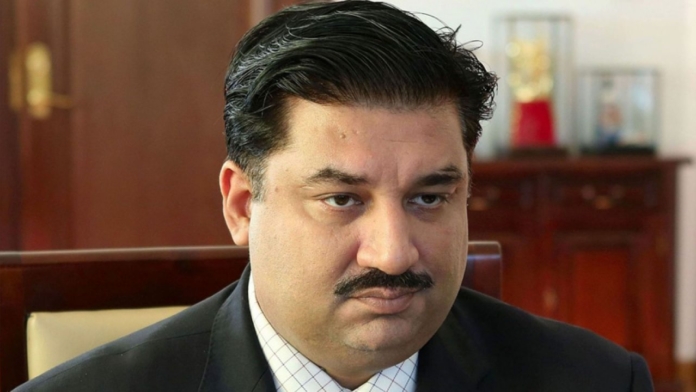 Power Minister Khurram Dastgir on Saturday said that the recent power outage incident was not ‘ordinary’, adding that a third-party assessment would also be conducted.
While addressing a press conference in Gujranwala, the minister said the inquiry report of the outage is expected to be submitted by October 17.

“It is an important report and I have also committed that we will get an impartial confirmation and a third-party validation done to see whether the report is correct or not and to assess if there is an attempt of cover-up in order to protect someone. It was a very serious incident,” the minister stated.

The minister stated that power across the country has now been fully restored. “It wasn’t an ordinary incident. Its effects started from Karachi and then reached some parts of the Faisalabad Electric Supply Company (FESCO) which caused shutdowns. We recovered it stage-wise the day before yesterday.” “Starting from Faisalabad then Multan, followed by Sukkur, Hyderabad, Balochistan and half of Karachi city’s supply was restored day before yesterday and the rest was restored yesterday morning,” he added.  Dastgir furthered that currently the transmission and generation system in the country was normal and the usual load-shedding plan was being followed.

“There is no shutdown currently due to a problem in transmission anywhere in the country,” he said. The minister added that due to the efforts of the ministry and National Power Construction Corporation (NPCC), they were successful in saving the country from a complete blackout and were able to restrict it to some regions.

The minister added that the CPEC project of Matiari-Lahore transmission line helped in the process as there were safeguards present in the line. He further directed people to contact the power ministry or the local distribution company in case of any power outage in their area. In the recent power outage, Sindh, Balochistan and some other parts of Punjab were without power for several hours after grid failure shut down a number of power stations one by one in stunning fashion.

Dastgir further talked about the electricity situation in flood-ravaged areas and said two remaining power feeders in Sindh’s Khairpur Nathan Shah and Bhan Saeedabad, which were affected due to the floods, were also reconnected again.

“There is no disruption in power supply due to floods now and all power feeders are connected across the country,” he stated. He further praised Prime Minister Shehbaz Sharif and said restoration had been possible because he personally monitored the process.

The minister also talked about the recent Nepra fuel adjustment and said it is only Rs 0.19 per unit now and the changes will apply from November.